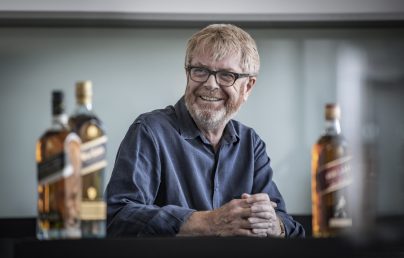 Firstly this month, I had a note last week from Dr. Nick Morgan, author of the recently published “ Johnnie Walker – A Long Stride”, to tell me he has decided that after several happy decades in Diageo and completion of the book, the end of this year is a good time for him to retire. He will be major gap to fill, if they even do and many of us will miss his depth of knowledge and clarity of expression in speaking about all things Diageo, its whiskies and Scotch Whisky in general. However, he isn’t planning on fading away as he has several areas of interest, one of them being writing so maybe that book about Alexander Walker (a recent mention) will be written after all. I’d like to think so and wish him much time to achieve all he wants.

Time now to look at some festive cocktails to enjoy and/or make for your customers over the next few weeks.

First up is one using Royal Salute Snow Polo Edition, an unusual blend in that it is grain whiskies – all at 21 years

old. Not cheap but I’ve put a bottle on my Christmas list. On the brand website it’s £140 but £120 via The Whisky Exchange in London. All Royal Salute expressions are 21 years old. For those of you unfamiliar with it, the blend was created in 1953 and two bottles were presented to Queen Elizabeth II to celebrate her coronation. There is a bottle of the original blend in the company archive and Sandy Hyslop (Blending Director) has had a taste from an original 1953 bottle. He says he was pleased to find how close it is to the main Royal Salute expression produced today. Part of the challenge for him is to retain the fruity distillate character in whiskies of 21 years old. But he manages!

I was pleased to join in an online session about RS Snow Polo recently featuring Sandy and Amabile Guglielmino-Brady from the marketing team. Amabile kindly sent me the cocktail recipe she mentioned to us all during the webinar (see below). Snow Polo Edition was launched in 2019 in homage to St. Moritz where snow polo is played. Snow Polo Edition is bottled at 46.5% abv, 46.5 being the latitude line of St. Moritz. Sandy says the higher strength brings up the grain intensity too. Royal Salute, an overt luxury brand, is a supporter of polo in its various forms: snow, beach, grass, ice. They have also sponsored for 10 years the Sentebale Polo Cup to raise funds for and awareness of the Sentebale charity (co-founded by Prince Harry, Duke of Sussex) which works “supporting the mental health and wellbeing of young people whose lives have been affected by HIV in southern Africa”.

We should look out for peaches in syrup, raspberries and citrus and lots of vanilla, like ice cream, says Sandy and even more deliciousness on the palate So, to the cocktail: 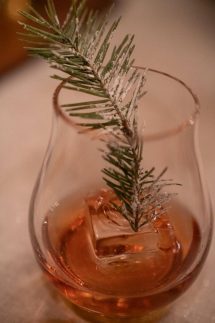 Combine all ingredients in a shaker. Shake with ice and strain into a tumbler over one block of ice.

Very festive! You can brush the pine sprig with egg white first to help the sugar stick but make sure that bit doesn’t go into the liquid and let it dry before using.

Next we come on to Benriach. When I wrote about their new expressions a few months back they had also kindly 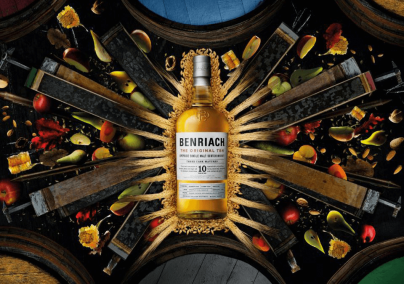 sent a set of bottled cocktails, each one mixed by a leading bar in the UK. Ever dutiful, I tried them all and did have a favourite, the Short & Fruity one from The Gate in Glasgow using Benriach Smoky Ten with added flavours of coconut and pineapple. The pre-mixed ones that were sent to me are different recipes from those in the booklet but there are plenty of them which look and sound delightful. The five flavour categories used are malt, fruit, spice, citrus and sweet. All have a long and short recipe to try. Some examples: 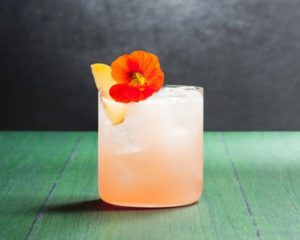 METHOD: Shake all ingredients and strain into an ice filled rocks glass

*cover the peels of 3 lemons with 200g caster sugar, leave for 12hrs then strain. Add water to lengthen if needed

METHOD: Build ingredients in the glass, topping with the soda. Stir gently to mix. 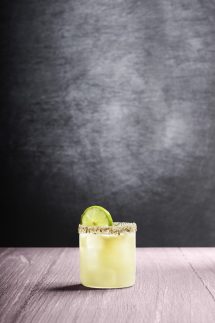 METHOD: Shake all ingredients and double strain into an ice filled rocks glass.

GARNISH: Rim half the rocks glass with honey water and dust with crushed almond and lime wheel

Find all of these and more on the Benriach website at https://www.benriachdistillery.com/en-gb/our-benriach-serves/

Last for now on the cocktail front there are some recipes using Smokehead, the ultra smoky whisky from Ian MacLeod Distillers. Here’s one example:

Shake ingredients over ice and strain into a coupe glass.

That should give you all plenty to play with over this festive season. 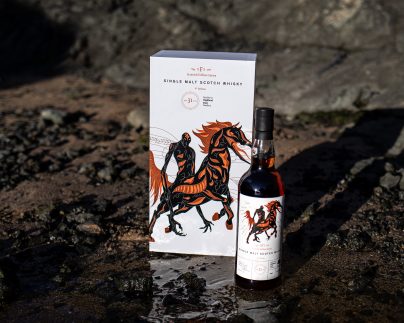 Moving on from cocktails and mixed drinks, we have a new offering from Cask 88. They interviewed me for their YouTube channel back in the summer linked to the launch of their Cailleach Beira expression (a Laphroaig cask bottling). The latest in their Scottish Folklore series is The Nuckelavee (45.8%), a 31 year old Highland Park which has spent its life firstly in a refill sherry cask with some finishing time in a Rivesaltes (France) wine hogshead. Not the first one with Rivesaltes finishing to be launched this year but undoubtedly the most expensive at £950/bottle with only 100 bottles outturn from the cask. The Nuckelavee is a sea creature from Scottish myth which is, we are told, “…confined during the daylight months by the Mither o’ the Sea whose power weakens as autumn arrives… It has the body of a horse, with skin flayed off, exposing crawling muscles and yellow veins that pump black blood. In its head blazes a single red eye, and from its gaping mouth issue vapours so pestilent, they cause crops to wilt and livestock to sicken and die. From a distance, Nuckelavee appears to have a rider, but up close it can be seen that a human torso erupts direct from the beast’s back, groaning and lolling from side to side as it drags grasping arms that reach all the way to the ground“. Quite the beauty, then! The whisky will be rather lovelier. It is available now from the Cask 88 website at https://cask88.com/shop/distilleries/highland-park/scottish-folklore-series-nuckelavee/ if you have the means and the desire but move fast. The previous ones did sell quite quickly. Tasting notes are also on the website.

Whisky enthusiasts, as well as those interested in learning more about the whisky-making process, can now tour 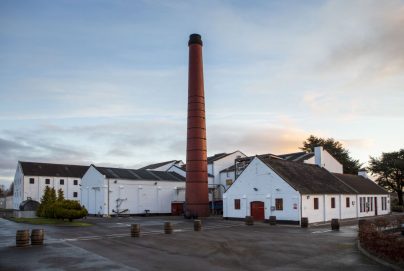 Benromach Distillery on your own computer screen (the larger the better). The Speyside distillery (located in Forres) “has launched an interactive, virtual tour using 3D technology to provide a step-by-step guide to Benromach’s handmade approach to whisky making”. We’re told that normally, Benromach welcomes over 15,000 visitors from 70 countries to its distillery and visitor centre. Like all others it had to close to visitors early this year due to the Covid-19 pandemic.

So, embracing digital means, Benromach has partnered with Scottish virtual technology specialists, View360, to offer this “immersive tour” of the distillery. This can be accessed through its website at https://www.benromach.com/tours-tastings/tours .  The tour is introduced by Benromach Brand Home Manager, Susan Colville and offers us the opportunity to learn about some of the specifics involved in perfecting this fine whisky. I’ve had a look myself and it’s a good way of spending some festive holiday (or more lockdown!) time, especially if you have distillery visit withdrawal symptoms or just want a change of scene from your own neighbourhood. The photography is excellent and you can view the various sections in several different modes. 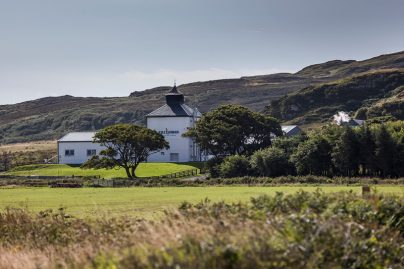 15 years ago this week, on 14th December 2005 Kilchoman Distillery filled its first cask. And just look at them now, celebrating 15 years of distillation! The release tells us further, “Kilchoman have grown Concerto as their consistent choice of barley variety for the last five or six years and have found it performs very well. For the last three years they’ve experimented with growing a different variety of barley alongside the Concerto. In 2019 they grew Sassy for the first time on the farm and are now running it through the production process. Immediately differences in the character at the mashing and fermentation stages were noticed. On the nose, the characteristics are different. Sassy has a lemon and citrus note, it is very clean and fresh whereas Concerto, although also very clean and fresh, it has more creaminess about it, richer and perhaps more depth.

Although there are very clear differences in the character of the spirit at this stage, Anthony still believes that the cask plays the biggest part in terms of the overall character of the single malt that you will enjoy. It will be interesting to continue making these comparisons between the spirit from concerto and sassy throughout the maturation stage.” It will indeed and we’ll look forward to making those comparisons in due course.

News just in today to say that Fred Laing of Douglas Laing & Co. has won a Lifetime Achievement award at this 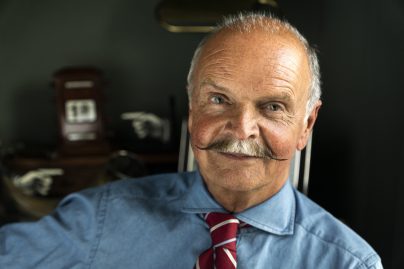 year’s Spirits Business Awards and the firm has won Bottler of the Year. Both well deserved. Fred Laing is one of whisky’s gentlemen and a joy to listen to. The company says it has “…chosen to round off 2020 with two exceptional XOP Black Single Cask bottlings. The first of these is a “Sherry bomb” distilled at the Glenrothes Distillery in Speyside. Said to be “as dark as Coca-Cola”, this 1989 Vintage has spent its life maturing in a single Sherry butt. The second release is an XOP Black Single Cask bottling from Teaninich Distillery. Distilled in 1975, this 45 Years Old Single Malt bursts with notes of buttery oat biscuits, waxy oranges and honeyed barley”. The XOP bottlings are amongst their most expensive and top of the range bottlings. No prices included but they’ll be in the “if you have to ask you can’t afford it” category. Find them usually in the best independent spirits retailers. They’re not on the Douglas Laing website today but may be soon.

Absolutely last item this time is the good news from last week that the Spirit of Speyside whisky festival will be on in 2021 from 28th April – 3rd May. The programme will be anounced on www.spiritofspeyside.com and will be available for preview from Wednesday 24th February 2021. Tickets will go on sale online on Monday 1st March 2021. Any appropriate coronavirus measures will be in place to allow the festival to go ahead. For those who had to miss a regular trip to the festival this year or those who want to attend for the first time, this is your chance after months of being confined to your local area depending on which country you live in, though. Some of you will have had a freer environment than others this last 9 months.

Whatever, the current restrictions where you are, I hope you have a great Christmas, if you celebrate it. Back end of December for a little review and look forward. Till then happy dramming and take care.