First of all just to let all readers know that I’m moving to a twice monthly column now and they should each be shorter than the previous once-a-month version. I’ll still be doing an interview now and again and am hoping that the next one will be conducted next week for me to post at the weekend. We have a date set for the interview but not a time as yet.

Of course, that’s if things aren’t brought to a halt by the spread of coronavirus. Any of you out there who may have already booked for this year’s Feis Ile (Islay Festival) in late May, or are thinking about it, be aware that the Feis Committee is having an emergency meeting on Monday (16th March) to discuss what to do. I’d hope we’ll get a decision then. I’m hoping to be back over this year to do my 17th annual dinner at the Port Charlotte Hotel but it all depends on imminent decisions on Islay. The event gets an audience of several thousand over the course of the Feis and a lot of those people come from Europe where the virus is already more widespread than here. Our lovely little islands don’t have the infrastructure to cope with a lot of visiting people who might develop the virus or those living there who might contract it afterwards.

I would hope a lot of the problem would be over by late May but there’s no certainty at present. Also the Scottish Government is banning all gatherings of more than 500 people from Monday until it is deemed safe to resume such things. This is so as not to overstretch our emergency and health services. That’s far bigger than a Feis event but everyone is concentrated in a smaller area over that week. I will update on this in my column later this month.  Laphroaig and Bowmore (both owned by Beam Suntory) are closing their visitor centres till further notice.

It could be a similar story with the Spirit of Speyside festival which should run from 29th April to 4th May in that facilities may not be enough to cope with a large number of people with the virus. At time of writing there’s no firm info on it other than a reported statement which indicated they still wish to be able to run the event as maximum numbers  at any single event tend not to be as high as 500, but they don’t want to put visitors or local people at risk and will update as necessary in the coming weeks. The official ban also covers indoor events of more than 100 people. There’s nothing on the website at time of writing.

News came into my inbox today of the impending retirement  (from October 2020) of the excellent Mickey Heads, Manager at Ardbeg for the last 13 years. I’m sure he’s too young to retire but he has decided it’s time to wander off and do his own thing, though he will continue to be Ardbeg Committee Chairman for a further few years and be presiding over Ardbeg Day at Feis Ile for those three years too. He’ll need to let a newbie see how it’s done, after all! And he’s staying on the island. 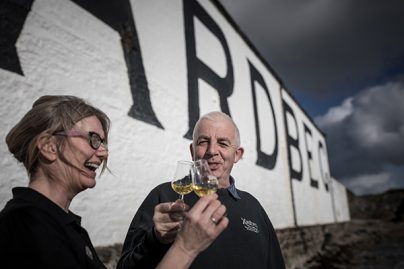 I e-mailed Jackie Thomson about it (both of them in this pic from today’s e-mail) and she says he’s been a great figurehead for the distillery in all this time but has decided it’s time to relax a bit. Certainly it’s pretty full on being a distillery manager these days with day-to-day running of a distillery, festival events to participate in, social media postings to do (for some) and domestic and overseas trips as a brand ambassador for the distillery. I’m exhausted just reading that list. Mickey was Assistant Brewer at Laphroaig, if I recall correctly, when I worked on the marketing of the brand and later moved on to Jura as Manager before taking over at Ardbeg. He’s been so helpful and kind to me and others I have taken there and to Jura over the years so I hope he enjoys things at an easier pace from the autumn. Slainte, Mickey! 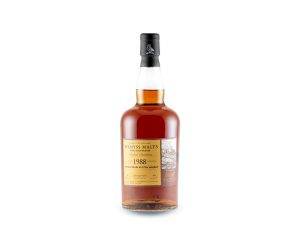 Wemyss Malts have some new single cask whiskies in stock so nip over to their web shop and have a look – https://wemyssmalts.com/shop and scroll down to Single Cask Scotch Whiskies. There’s much to tickle the palate in the new selection including several Invergordon single grain whisky bottlings. They all look luscious but I haven’t had the chance to try them. 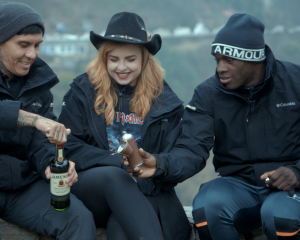 Now, St. Patrick’s Day is coming up and our mad Irish friends from Jameson’s  made sure of stocks at the world’s highest whisky bar. The Irish Pub at Namche Bazaar is at 3,440m above sea level, in the Himalayas . It’s the  last stop before Everest base camp. The pic here shows a group of Jameson’s drinkers out there in the cold. We should do something equally adventurous with Scotch Whisky for St. Andrew’s Day in November… Ideas wlecome. 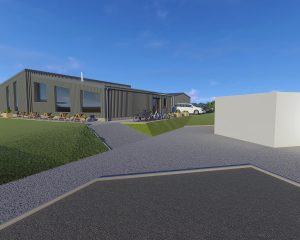 Yet another new distillery is to pop up like a mushroom, this time in John O’Groats. You’d have thought there would be one there already but, no. Or not since the 1830’s.  It’s timed to open in 2021 if all goes to plan. The location will make it the most northerly mainland distillery, taking over from Wolfburn in Thurso.  Capacity will be “60,000 litres per year” but the release doesn’t say if that’s liquid litres or litres of alcohol. I assume  the latter but will check. The site will have the distillery, a visitor centre and a 1500 square foot dunnage bonded warehouse for maturation.  There will be six jobs created over  the whole site.  I wish them well as it’s a great idea and a boost to the local area.

Now, as this is meant to be a shorter version, I’ve said enough for now and will be back again later this month with, I hope, more news about whisky festival events. Also. some on a question I get asked a lot and one of my major bugbears in the current industry.

Till then, happy dramming. I find myself wondering, if alcohol hand sanitiser helps against the coronavirus, what would drinking whisky do to the bug? Just kidding, there’s no science behind that one so just stay safe and well.