An intriguing newcomer on the malt whisky front this week. It‘s Crabbie‘s Chain Pier. Owners Halewood Artisanal Spirits set up the distillery in Edinburgh in 2019. It‘s the first single malt to come out of Edinburgh in nearly 100 years, beating Holyrood Distillery by a short distance. Many of you may know the Crabbie name for Green Ginger Wine but the family was at the forefront of the whisky industry throughout most of the 19th century, their company being founded in 1801. 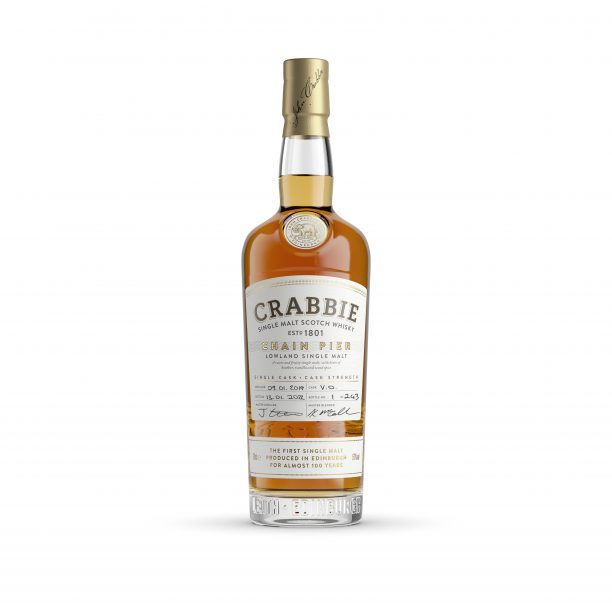 Recently Halewood sent out a nosing/tasting pack to us scribes with the instruction not to open till the Zoom session held with Master Blender, Dr. Kirstie McCallum and Head Distiller, Jamie Lockhart. Well, I decided to nose and taste beforehand as I like my notes to be independent but did keep a little back for the session. Looked like others did too! Happily, my descriptions seem largely to coincide with Kirstie‘s but do remember that your own descriptions are what count for your own tasting library. My own notes for Crabbie‘s Chain Pier Lowland Single Malt (57% alc. vol) are:

Nose: Ginger; sweet spices; candy floss/barley sugar/icing sugar notes; some vanilla, dried apricot; maybe some spiced plum? With water, waxy on the nose; creamier; more vanilla and dried/baked apricot; a tiny wisp of warm varnish which fades. Some caramel as it sits in the glass and candied nuts.

Palate: Spicy with sweet oak but also some tannins; touch of toast; ginger here too and almost a petillant sensation on the tongue.

Finish: Medium length at the moment and slightly toasty. I‘d look forward to seeing how the palate length of this whisky develops as it ages. 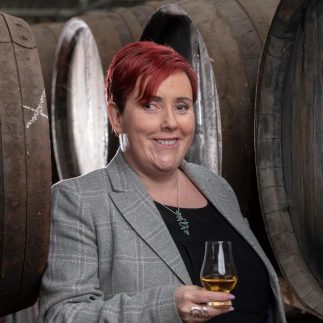 Bonnington Distillery which has much larger capacity e.g. the wash still has 10k litre capacity. Granton has been used as an information exercise for the new site and there have been/will be experiments with malts and yeasts. Although there are 35 more filled casks for use at present, they can now fill 94 casks a week. Kirstie was asked if they will introduce some of the fillings as single casks. She‘d certainly like to, mentioning that they also have ex-red wine, madeira, tequila and Australian Shiraz casks in use. There are also quarter casks and Kirstie says they will make decisions on what and when to bottle as the whisky develops.

This whisky was bottled from the second cask filled and put into a virgin oak cask with No.3 char. It‘s described by Kirstie as „pure middle cut“ with the foreshots and feints being kept aside and not re-used. It‘s priced at £65 bottle but only 234 were produced and made available through specialist whisky outlets, including Master of Malt and thedropstore.com. Other names weren‘t available on that day. So good luck trying to find one. The first cask to be filled has been kept for their own archive. Definitely more to look forward to here. 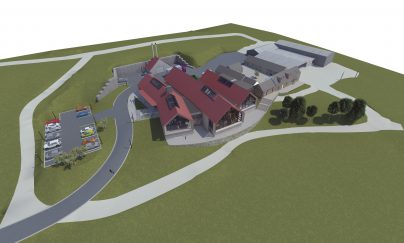 R&B Distillers who own Isle of Raasay Distillery yesterday announced plans to build a new distillery in Campbeltown – The Machrihanish Distillery (artist impression shown here). It‘s to be a „farm to bottle“ single malt and will bring around 20 more jobs to the area. Campbeltown in its heyday was home to over 30 distilleries, reduced to 16 in the early 20th century and, even with this new addition, will still be able to count them on the fingers of only one hand so this development has been welcomed by local organisations.

The company has bought Dhurrie Farm in Machrihanish as the site for the new distillery as well as a visitor centre. There 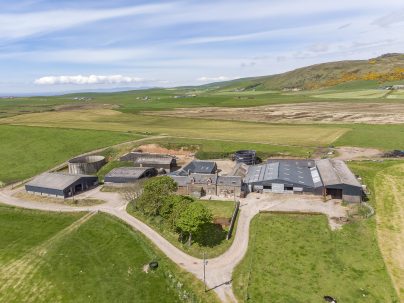 are also plans for its own whisky club. Planning is still to be finalised and they hope building should start in 2023 so I reckon it will be middle of this decade before the distillery is up and running. The intention is to produce 400,000 litres of alcohol per year, at least to begin with. Also, we‘re told,“It’s R&B’s ambition to create a sustainable net zero distilling process that doesn’t use any fossil fuels in the production of their whisky. In addition to that, they plan to use biological farming practices to ensure that they have a positive impact on the surrounding environment and create greater biodiversity on the farmland.“ Laudable ambitions and I look forward to hearing more in due course.

Recent news of a new book from Swedish whisky afficionado and collector, Ulf Buxrud, though he sold his complete Rare Malts Selection collection in December 2021 and his Japanese Playing Card collection in 2020. The release info says this 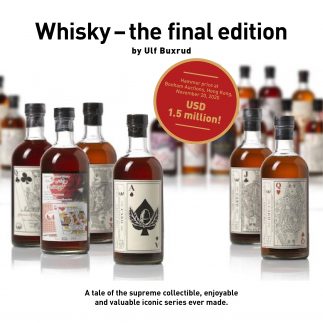 book, „Whisky- The Final Release“, is about the:

„Playing Card Series from Hanyu and Chichibu Whisky Distilleries in Japan, distilled by the Akuto family and bottled by Ichiro Akuto-san.

Its content encompasses the story of the Chichibu-Kikusui, Hanyu, Chichibu distilleries and the Akuto family.

All 58 bottle pictures are from my own Playing Card Series collection.

Other sections comprise the series aftermath, auctions, rules and data, fakes and frauds.

So an informational and pictorial feast for fans of Japanese whiskies. More information on book purchase and price (excluding shipping) can be found at https://www.buxrud.se/webb/.

Lastly, one of my daily drinks trade feeds tells me that Champagne Pommery is to celebrate Madame Louise Pommery for International Women‘s Day on 8th March. Madame Pommery was pioneer in champagne production and cellaring but also in social and financial support for her employees and the Reims community. I may be wrong but don‘t remember anything similar being done for any of the redoubtable women who helped develop the whisky industry in the 19th century – or the 20th for that matter. Must check it out with the SWA…

We‘ve had pelting rain and high winds in Scotland in recent weeks so I‘m taking the optimistic view that my next column will see spring two weeks closer. Time for comforting and warming whiskies at the moment. One I‘ve enjoyed recently is Jameson‘s Redbreast Lustau edition using oloroso sherry casks. I can appreciate any good whisk(e)y no matter where it‘s from. Till end of this month, happy dramming.