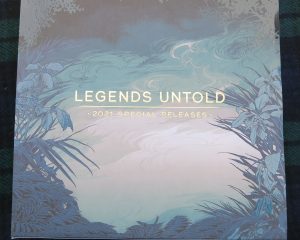 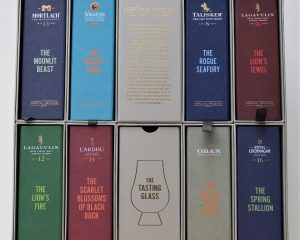 Special Releases, „Legends Untold“. Instead a lovely presentation box of the whole lot arrived. I decided to do the tasting in two lots, firstly the Speyside/Highland whiskies and I feature a tasting note on one of my preferences here. The second lot are the west coast/island whiskies to be covered next time. The four I tried in this first session were Royal Lochnagar 16 Year Old (57.5% abv – refill casks); Cardhu 14 Year Old (55.5% – wine cask finish); The Singleton of Glendullan (54.6% – finished in cognac seasoned casks) and Mortlach 13 Year Old (55.9% – refill and virgin oak casks). I was intrigued by The Singleton as Glendullan is one I‘ve not tried before – or not that I remember – and I usually enjoy Mortlach. Anyway, I‘ve decided to share my Royal Lochnagar 16 Year Old notes here. 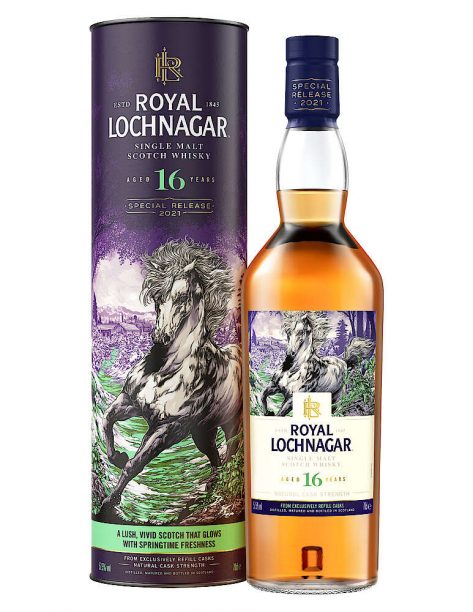 Nose: Honey and blossoms. Quite a sweet nose. Lime zest; pear drops/baked pear; some exotic fruit and very fragrant florals. Really enticing. Some demerara sugar and the whisky gets a little spicier as it sits. With water, there‘s a little more pear and some creamier notes. Honey comes through again plus more soft spices and brown sugar. From the empty glass notes of light fruit cake and walnut.

Finish: Mellow and warm; long, herbal and dry. Dances across the tongue.

I don‘t know what age of whisky she tasted but I can see why Queen Victoria was taken with Lochnagar. Looking at short versions of my notes on the others, the Cardhu I liked for its sweet fruit notes on the nose – but a different sweetness from RL. More warm apricot plus more savoury notes and a vegetal wisp at first. Spicier fruits emerged and some coconut. Very easy to drink – and that doesn‘t mean it‘s not a complex whisky. On the palate the spicy, sweet and coconut notes were still there but with addition of heathery dryness and green and white pepper.

The Glendullan was more savoury at first then sweeter with some definite ginger, warm vanilla and oak. Slightly ethereal and cool stones notes at one point. Spices and ginger play in the mouth with some almond which leads to a slightly nutty finish too. Mortlach I tend to think of as a big beast. This isn‘t, though still quite robust. A mixture of icing sugar sweetness, vanilla and savoury spices combined with meatier notes. Lovely finish – long, dry, zesty and warm with lingering vanilla. You can have a lot of drinking pleasure with these whiskies. More comment after Part 2 next month.

I found out last week that John Campbell had moved to Lochlea Distillery in Ayrshire, following his departure from Laphroaig, 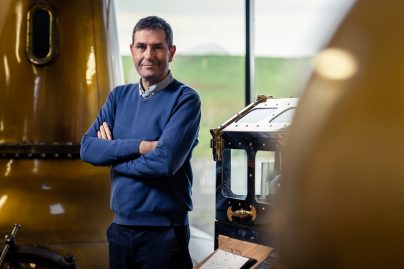 announced a little while ago. This to be closer to family and take on a new challenge of a newer and more unknown whisky with even more scope for creativity. He‘ll be Production Director and Master Blender. I‘m hoping I might catch up with him in the new year to ask about his ambitions for his new location. The distillery started production in 2018 and plans to release its first whisky in 2022.

On the subject of interviews, I‘m waiting for an alternative date for another distiller interview which had to be postponed from October. The distiller was happy to set a new date but it needs the agency to set up and host the chat. Fingers crossed. 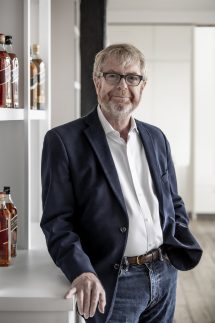 Maybe you saw Dr. Nick Morgan‘s article on past fraud in whisky investment offers. If not, it‘s a good read and you can find it at https://www.masterofmalt.com/blog/post/whisky-investment-deja-vu.aspx . Just after I read it a few weeks ago, into my inbox popped an offer to invest in Irish whiskey, promising potential high returns. As well as the smaller warning that values could go down as well as up. I‘m personally not prepared to have anything to do with these schemes. I‘ve written before that it‘s not why we make whisky and I so dislike it being reduced to a traded commodity like this. I‘d bet there are people in Irish whiskey production who feel the same. If you do decide to participate in one of these, caveat emptor! Better not to bother, in my view. Let me stress these investment schemes are NOT the same as buying a cask for yourself or with friends direct from the distillery to bottle off for yourselves to drink later on. That’s an activity I can support!

Last item for this time is a new whisky sent to me from Mossburn Distillers – it‘s Caisteal Chamuis (46% abv; NCF/NAC), a blended 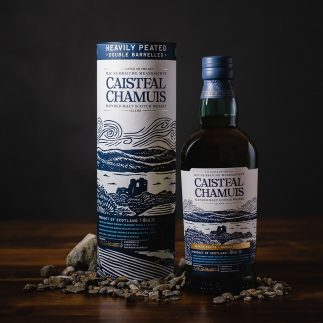 malt using malts from Skye, Orkney and Islay. The name comes from a castle ruin on Skye. There‘s also a 12 Year Old version but the one I have here shows no age statement. It‘s described on the tube as Heavily Peated Double Barrelled and arrived in a locked wooden box ( the key came separately next day) with the full kit to make an Old Fashioned but I‘ve not yet had time for that. Marks awarded to the PR agency for intrigue.  It was finished in first-fill bourbon barrels and the main maturation was also in bourbon wood.

Nose: Certainly smoky. Some youthful notes; cooling embers and a bit of light barbecue smoke. Some wood vanilla sweetness at the back but also Fisherman‘s Friend cough lozenges. Black peppercorns and a few fruit notes. With water, smoke is more to the fore at first. Then a touch of smoky honey. Also, the sweetness of cooked garden peas. All in all, a pleasant nose.

Finish : Long with smoke and char. Dry but with a middle sweetness. Smoky barley persists afterwards.

I rather liked this one for its sweeter notes cutting the smokiness. It wasn’t as heavily peated as expected from the name. Price in the UK is around £39/70cl bottle. It‘s also on sale in other markets including France and Germany now and will be in the US from sometime next year.

Next time should be more tasting of the rest of the Legends Untold, as mentioned, as well as a 12 YO Cask Strength Bunnahabhain, a new Glen Moray and a Highland single malt I nosed and tasted for this column only to be told today that any word of it is embargoed till 9th December. Annoying… Better keep all of those notes short as there’s a lot to get through.

Happy dramming and try some festive cocktails soon for yourselves and to offer customers. Till next time.