A Twitter alert last week took me to an opinion piece by Dr. Nick Morgan (now retired from Diageo) for the Master of Malt website. Definitely worth reading especially if you’ve been to Feis Ile. You can find it at https://www.masterofmalt.com/blog/post/how-feis-ile-was-stolen-by-the-scotch-whisky-industry.aspx . In the piece he is critical of corporates and others for attaching themselves to Feis Ile and taking it away from its original ethos, describing it at one point as, „a sort of Frankenstein’s monster, a week of mostly distillery-related events stitched together with a rich thread of avarice that is sadly only too common in today’s whisky world.“

His comments seem to have stirred up a number of critical responses, from Islay and elsewhere. I agree with some of it but not all. I too was concerned when distillery head offices on the mainland started getting involved with Feis which was something from the people of Islay for their visitors and own communities and started off largely as a music event or so it seemed. Back then I worried that the „home made“ (but high quality) feel of the Feis would be lost. However, I don‘t think that has disappeared completely. It seemed, to me at least, as though budgets got larger and creativity and variety of events expanded though Ardbeg and Bruichladdich in particular were plenty creative right from the start. In all cases, the distillery teams have always worked hard to give Feis visitors a great experience and no one is criticising them.

When the distilleries started to participate in a more extensive fashion, around 2000, it was still pretty much done by the distilleries themselves with fairly small budgets and little or no HQ interference. My whisky tourism company was invited by Jim McEwan to help get visitors to the Feis and sort them out with accommodation, transport and event places. Anyway, after the first couple of years it began to feel as though the whisky side had taken over and occasionally still feels that way, a bit, to me but probably as the whisky side is my work focus so I may have a skewed perspective. The music was still there and, indeed, expanded due to extra events distillers and others put on. Although I don‘t have much spare time when over there, I‘ve enjoyed musical performances myself.

In just a few years, HQ‘s saw the PR benefits of Feis Ile to their brands and the distillery shops more as commercial centres and, as Dr. Morgan points out, special Feis bottlings began to appear, resulting in the long queues at distilleries for these bottlings from early morning or sometimes even the middle of the night! I do think some of these have been rather overpriced and sometimes there are just too many. Where I do also agree with Nick Morgan is the unfortunate influx these bottlings brought of those buying the whisky purely to sell for inflated profits on eBay before it stopped alcohol sales and the circling sharks of auctioneers and some retailers keen to acquire them from those purchasers, to sell on. To me it simply felt – and feels – wrong. Before any of that started in earnest, I recall Iain Henderson at Laphroaig chasing off the premises an overseas visitor who had brought over in his camper van a load of whiskies, bought more cheaply or collected at home and had set up to sell them at a profit in the distillery yard! Now that‘s not just cheek, it‘s downright rude.

What I love about Feis Ile, including the greater distillery involvement, is what it has done for the island tourism and other businesses, the local communities and good employment opportunities. Its influence goes beyond that one little bit of the year. Also, the Feis Committee is still very much in evidence. There‘s a wonderful buzz about the island during Feis which is a couple of days more than a week now. It‘s very energising – like Edinburgh during the three weeks of its annual arts festival. Then at the end, everyone involved on Islay can let out a long sigh and lie down in a darkened room for a while, content with a job well done for another year. Long may it continue. 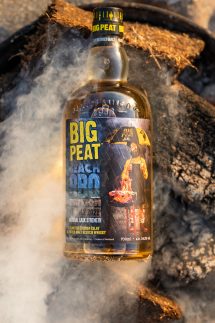 Only 3,000 bottles are available from specialists in UK, Europe and Asia. UK retail price is about £55. It may delight Big Peat fans but it‘s not my favourite in that range. I didn’t really warm to this one. 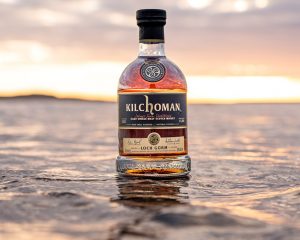 Second whisky is Kilchoman Loch Gorm 2022 (46% vol) which arrived over a week ago. This is not Kilchoman‘s Feis Ile bottling which was announced just last week. Loch Gorm 2022 is taken from 22 separate oloroso sherry butts, mainly fresh fill but also 2 refill casks. The whiskies were between 8 and 14 years old.

Nose: Smoky, medicinal but also oak and fruits. Some citrus zest. Plus some youthful whisky notes. Quite a fresh nose with some sea salt air. As it sits, more smoked, dried vine fruit comes through. A wisp of toffee and honeycomb (like a Crunchie bar); hint of sweet tobacco/leather and yeast notes. Some florals. With water, a bit more peat smoke at first. Wool socks being dried by a fire. Baked fruits and some toffee/caramel. Fleeting struck match note.

This is not a massively limited edition with some 17,250 bottles produced and at 50ppm malted barley. This is one I‘ve chosen to use at the dinner I‘m doing in Port Charlotte during Feis. As that‘s not till this Thursday, I‘m not showing the menu plus whisky choices till after the event as the chosen whiskies are always held back till that evening. 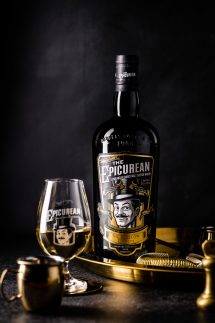 Not content with the Big Peat release, Douglas Laing and Co. have also released The Epicurean Glasgow Edition, weaving together single cask single malts from the Lowlands. It‘s offered at a natural cask strength of 56.8% vol. (NCF/NAC). There are only 3,000 bottles for global markets. No sample but their notes say “fresh fruits with lashings of runny honey and sweet raspberry jam” and a “spectacular melody of sweet flavours”. Available now from specialists at around £52.50 in UK and differing elsewhere dependent on duties and taxes.

Word has just come in this morning that Islay‘s first rum, a white rum, from the distillery set up by Vintage Malt Whisky Company, has been launched. I intend to pick up a sample when I get there tomorrow and will cover it in my mid-June column. First, however, I have an Islay whisky fest dinner to do over there which is a highlight of my year. Just to avoid being criticised as another using the Feis for financial gain, the dinner was originally set up as an event for our bespoke whisky tour clients mentioned above. We (myself and Helen Arthur) expanded it to include anyone on the island during Feis.  We never charged anything other than expenses for going over ourselves to do the dinner which is how it remains today (with just me), even without the tour clients. I love doing it and giving back to an island which has given a lot to me.

Till mid-June, happy dramming and, if you are on Islay this week, have fun!