I did say last time that I have a backlog of whiskies to taste due to holidays and a bad cold. Well, we‘ll try to make inroads into that with this column. Only three whiskies though to avoid being too long. We have one of the Waterfords released a little while back ( I have three more); an expression of The Gauldrons from Douglas Laing & Co. and the Caol Ila 14 Year Old Four Corners of Scotland Collection to mark the refurbishment of Caol Ila‘s visitor centre and distillery. 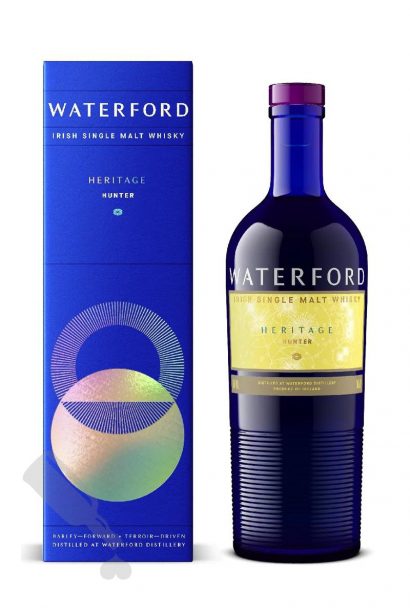 First one is the Waterford Single Farm: Heritage Hunter 2018 Harvest from their Arcadian Farm Origin range, a single malt Irish Whiskey at 50% abv using a heritage barley variety called Hunter. This came with three other expressions which we may try to get through later on. The whisky was 3 years, 2 months and 6 days old at point of bottling and matured 45% in US oak, 18% in new US oak, 21% in French oak and 16% in vin doux naturel (VDN) casks. VDNs are sweet wines and can provide a certain lusciousness and sweet notes from the wine that has soaked into the cask staves.

Nose: Quite spiritous and youthful; fresh, with sweetness from malted barley and the VDN wine casks. It‘s clean with a touch of fresh hay and salty air. A slight nuttiness – a bit like peanut brittle. Marshmallows and some fruit too. With water, it‘s a bit more spiritous and youthful at first, then quite grassy. A bit of lemon zest and light honey. It then gets a bit more waxy with a slight soapiness.

Palate: Some unctuousness and viscosity in the mouth; fruity and citrus notes with toasted barley. Very light floral honey. Spicy with a dab of lychee and some dried grass.

Finish: Quite long with fruit but mouth-drying with grassy dryness and leather-like notes. 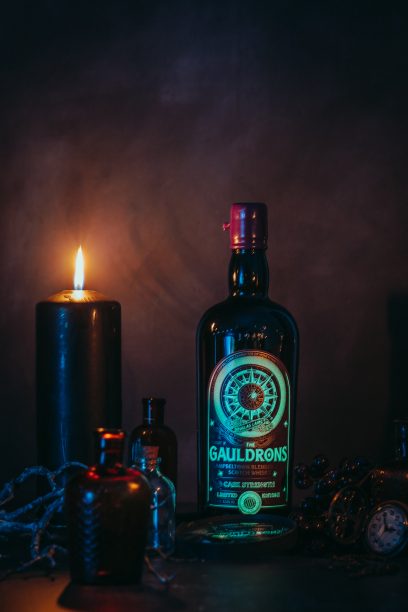 Edition at cask strength of 53.4% abv, no added colour and no chill-filtration. It‘s a blended Campbeltown malt from single casks and only 3,120 bottles were produced. It‘s been available online and from specialist spirits retailers in Europe, America and Asia since early October and should retail at around £60 / €70. The label glows in the dark as a nod to Halloween and the dark, stormy area of its origins

Appearance: Soft barley gold with pale brass and lemon juice highlights. Tears are slow, clingy and quite fat indicating some oiliness. Medium and then wider spacing so some age here.

Nose: Fruit notes first. Wine gums and stone fruits. A fleeting hint of varnish. Very soft smoke despite being a Campbeltown whisky. A dab of vanilla – a bit like sponge cake – which gets a little stronger as it sits in the glass. Quite sweet, luscious notes. With water, more wine gum/fruit notes. Some soft oak and fruit juices – apples and pears.

Palate: Slightly mouth-coating. A wisp of smoke – not too much. A bit of vanilla and honey but mainly spicy and dry. Some pepper. More subtle than other Gauldrons expressions I have tried. For me, this has more on the nose than on the palate but still tasty.

Finish: Medium length, quite spicy and dry. Dances over the tongue a bit like sherbet. 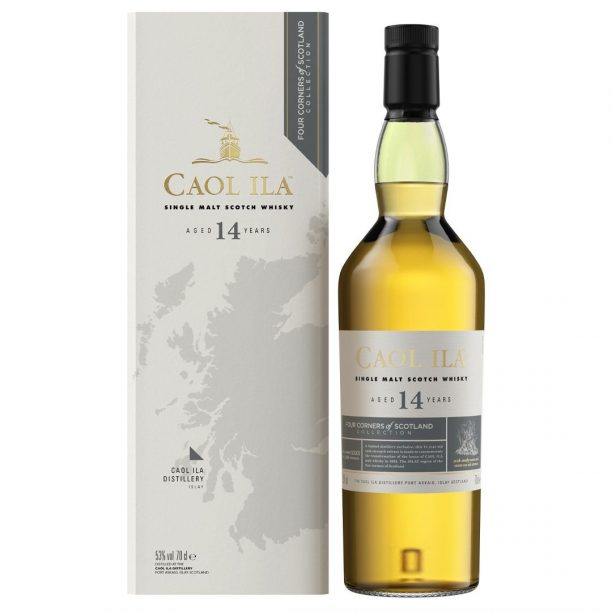 Last one for this time is the Caol Ila 14 Year Old Four Corners of Scotland Collection (the other three corners vital to the Johnnie Walker blend being Glenkinchie, Clynelish and Cardhu) at 53% abv. It‘s been matured in US oak refill casks and freshly charred US oak casks.

Appearance: Another barley gold but slightly paler than above with lighter brass and lemon highlights. More like a white burgundy. Tears swift at first then slower, very clingy and widely spaced.

Nose: Peat and smoke and a touch of tar but none of it too fierce – all well integrated. A bit of coal tar soap (I often find that in Caol Ila). A touch of ripe stone fruit and sultana. As it sits, the peat and smoke develop further with some medicinal notes. Wood shavings and cedar. With water, some seaside salt air; peat and smoke pushed back a little with a bit more fruit to the fore. Sweaty wool sock and maybe a light touch of smoked honey and citrus juice.

Finish: Long, smoky with char and coal tar and spices.

Earlier on this evening I started watching the Laphroaig Halloween live broadcast on YouTube but in the interests of getting this column done, I‘ve decided to go back in and watch the recording later on. One point of interest I did note is that Laphroaig is going to start selling (not sure if just in distillery shop or online too) the smoked sea salt from the East Neuk of Fife on Scotland‘s east coast which is smoked using Laphroaig peat. Great idea! In Wales in November last year I tried – and bought – the local sea salt there as well as some smoked water which is fun to experiment with in food and drinks. The one Laphroaig has partnered with will be useful not only for cooking but maybe to coat the rim of a margarita glass or put in other cocktails. I‘m certainly keen to try it.

Lastly, I‘ve been reading today that the Scotch Whisky Association has updated its Code of Practice for the Rersponsible Marketing & Promotion of Scotch Whisky with a new rule and guidance targeting online influencers specifically to keep things relevant to new marketing opportunities. Must get a copy and read it but it does make sense to do so. All influencers/bloggers/vloggers I look at myself haven‘t ever put up anything irresponsible that I‘ve seen but then I‘d be awake 24/7 trying to keep up with them all. 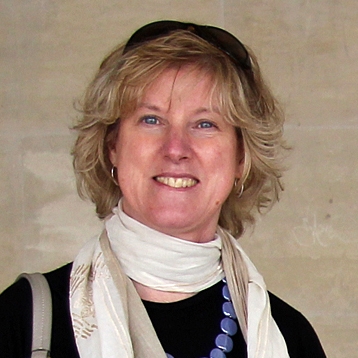 That‘s it for this time. Lots more nosing and tasting to come in November. Till then, happy dramming.