Much of this second July blog is taken up with tasting notes but a few other bits to mention.

Last time, I posted a link to the Cask 88 YouTube video which included a bit of me talking about a couple of things. A fuller, but still edited, version of the interview, covering things Laphroaig, The Glendronach and more is now available to view at https://www.youtube.com/watch?v=6faIl5ncpY0

In it, I do say that my first set of commercial tasting notes were quite top-line and for good reason. What’s edited out is the bit where I say I don’t do such minimal notes any more! It’s sometimes hard not to get carried away with enthusiasm for an expression or not wanting to seem unappreciative of a good dram with a more restrained note.

In terms of tourism, Scotland is open again for business but there may be quarantine restrictions dependent on where you come from. It’s not that we didn’t want to see you before now but it’s important to stamp out the virus and protect everyone so we had to ask people to stay away. Some distillery visitor centres are also reopening subject to limited numbers in tour groups. Some will stay closed till the end of the year at least. If you want to visit one check its website in advance and book in advance of arrival.

I get asked now and again do I like everything I taste. The answer is no, although I do have a broad palate of tastes that I like. What you need to note is that a whisky which doesn’t please your palate isn’t necessarily or even usually, a bad whisky. It’s just not to your tastes. There are undoubtedly some poor expressions out there (blend AND malt) but they are, thankfully, few, certainly in terms of the major producing countries to which I’ve had access and the total number of brands out there.

So on to this month’s tasting notes. Both are Irish whiskey. It’s good to look at our producer cousins in other countries too. The samples arrived a couple of weeks ago but that column was already long. I also received samples from the batch of three Glen Morays forming the distillery’s annual Distillery Edition releases. Those were a pleasant surprise to receive and more on them next time. Let’s sail over to Ireland: 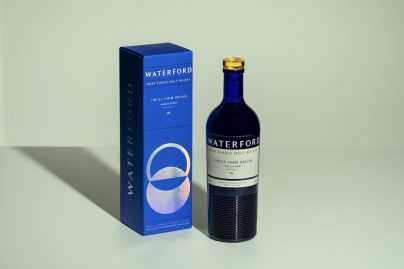 This one has been matured for 1,414 days and the barley came from Sheestown at Hillview in Co. Kilkenny. The barely used was Irina from the 2015 harvest. Casks used for maturing this batch were 35% first fill American oak; 20% new American oak; 25% French oak and 20% VDN. Now VDN, which to me means vin doux naturel, as used by Waterford apparently means any fortified sweet wine casks they use as they feel sherry casks used/available now are no longer “proper” sherry casks. That’s not necessarily a view all would share but Waterford’s whisky makers are entitled to that opinion. It’s maybe too pedantic for some and spot on for others.

Nose: Fresh and with a certain floral sweetness (presumably from VDN casks). A tiny bit of Turkish Delight and marshmallow. Also, fresh barley laid out on the malting floor. Golden syrup and, later, spicy floral and sweet white wine or sherry notes. No obvious wood notes. With water, the candied sweetness persists and the barley notes are enhanced. A touch of wax and a little bit more spiciness to the fore too. Fruit jellies and some candied orange or clementine. Plenty of fruit. A tiny dab of vanilla and a dose of warm honey.

Palate: Silky smooth – this just glides down. A slightly luscious, medium mouth feel. Barley sugar sweetness and fresh, untoasted grains. Spices, quite a gingery quality and a liquorous (not licorice!) sweetness again, I presume, from the VDN casks, A little wood tannin.

Finish: Medium – long with some sweetness and flowers then quite dry with a herbal edge. 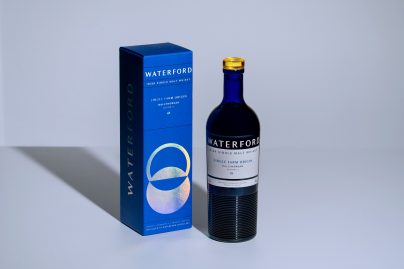 This one has been matured for 1,438 days using Overture barley from 2015 harvest at Ballymorgan, Enniscorthy, Co. Wexford. Casks used here were 39% first fill American oak; 18% American new oak; 28% French oak and 16% VDN casks. Not a huge difference in cask profile but I think the lower VDN usage shows.

Appearance: A little paler than Sheestown but still a rich, vibrant gold with brass and tawny highlights.

Nose: Earthier than Sheestown a little flatter. At first a bit more closed and savoury rather than sweet. A touch of lavender when the sweetness begins to show. With water, the sweetness is enhanced a little and more cereal notes. It gets sweeter as it sits in the glass with maybe just a waft of sulphur. Baking pastry or bread and baked apple too.

Palate: A little less viscous and still quite smooth but less silky than Sheestown. It’s sweeter on the palate than the nose. A tiny bit of licorice and VDN cask sweetness, warm spices and malted barley. Just a little honey. More savoury but some sweetness and that little dot of sulphur.

An interesting comparison of two expressions, that are different but definitely related. They are available in Europe and Asian markets now. Of the two, I preferred the Sheestown but both are fine whiskeys. Being somewhat pedantic sometimes myself, I’d like to have tried two whiskeys made from the same barley and with the same cask maturation profiles but from the two different locations. However, we trust that the farmers choose the barley to suit their soil and the whiskey maker chooses the cask profile to suit too. I also received two samples of new make from Waterford but I’d like to keep those to compare in future with the mature spirit they become. It’s an exciting venture they have over there and I look forward to trying more in years to come.

Of course, the owner of Waterford is the man largely responsible for the reopening of Bruichladdich at the beginning of this century. At his former home of Bruichladdich they have just released their “No Hidden Measures” campaign to let consumers know the make-up of their expressions. It’s a good idea for whisky nerds (I do mean that positively) and to educate the less experienced in whisky’s complexities but I find myself wondering if it could cause an industry spat amongst those who want to do this and those who don’t – or for whom it might be a bit more difficult. Remember, Compass Box started something akin to this and were rapped on the knuckles though Bruichladdich does spell out what it can and can’t do by law. 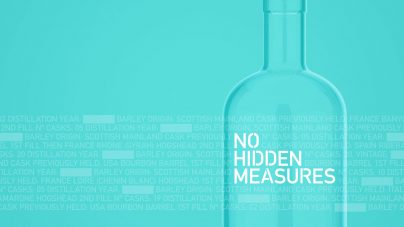 I regard it as a good thing but we shouldn’t be down on distillers who decide not to do this. As long as they’re making good whisky, each to her/his own. Find out all about this on https://www.bruichladdich.com/philosophy/age-of-transparency/ and read through the various sections. One of the quotations they use is from a book by Aeneas MacDonald (a pseudonym) from the 1930’s, “There seems, in fact, to be something rather like a conspiracy of silence among the proprietors of the different brands of whisky, a conspiracy to prevent the consumer from knowing what he is drinking.” Coincidentally, I’ve been re-reading the book recently, the edition with Ian Buxton’s excellent introduction/history of the author. A slim volume, it is one of the best whisky books and still incredibly relevant. Do yourself a favour and get hold of this edition with Ian’s notes.

Just this week, Diageo announced the release of 3 new expressions and 1 new pack design of Johnnie Walker to mark the 200th anniversary of John Walker opening his grocery and whisky shop. Sadly, no samples but the four are Johnnie Walker Blue Label 200TH Anniversary Limited Edition Design, Johnnie Walker Blue Label Legendary Eight, John Walker & Sons Celebratory Blend and John Walker & Sons Bicentenary Blend. They will all be available from October onwards in selected markets and for a limited time. All have an interesting back story which is worth reading but not enough room here this time. To find out more go to: https://www.johnniewalker.com/en/our-whisky/limited-edition-whiskies/ . 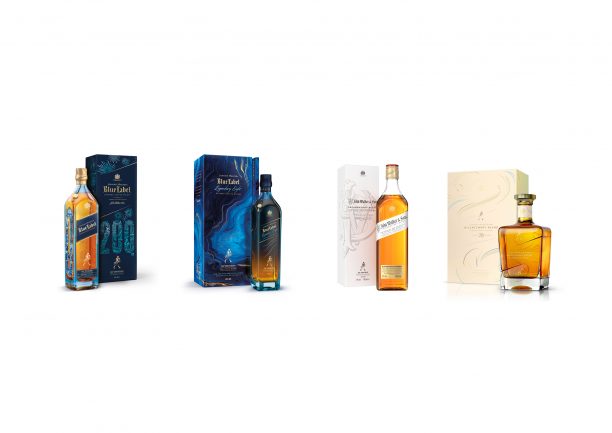 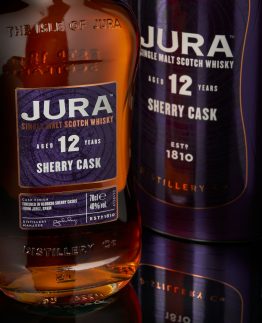 Sounds great but you’ll need to travel a long way to get hold of a bottle, unless you’re reading this in Taiwan…

That’s it for the month of July. So keep dramming, keep playing and experimenting with your whiskies (summer or winter cocktails dependent on your hemisphere) and I’ll be back next month.