Well, Feis Ile got to come back and it‘s been and gone for another year and I went off on holiday a few days later. I promised last time to share 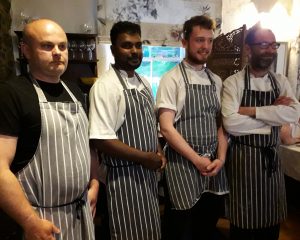 the Port Charlotte Hotel‘s menu and my whisky pairings so they are below. Chef Chris Martin and his team (pictured here and that’s Chris far right with the halo!) served up a cracking menu and well deserved the applause they received afterwards, as did Isabelle Allison (co-owner) and Noemi in the restaurant. They were short staffed with two team members off sick but we‘d never have known. The service was as impeccable as ever. Noemi is one half of an international couple who were working in the hotel in Jura for their friends, until it was sold and decided to see out some more of the summer on Islay before going back to see family in mainland Europe. I do hope they come back to Scotland. It‘s great to have such lovely people here.

I‘d agonised about the whisky pairings, as usual and was a bit later than normal with my decisions this year. As it turns out, I needn‘t have worried this time either. All the matches worked out well with standouts being the Bruichladdich Bere Barley 2011 with the soup; the Bunnahabhain 18YO with the chicken and ham terrine; the Ardbeg Uigeadail with the lamb and the Kilchoman Loch Gorm 2022 with the chocolate dessert. 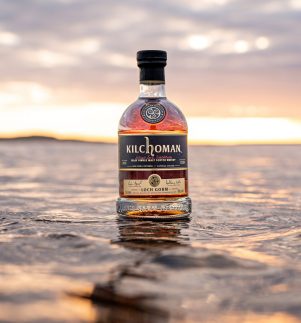 Tea or coffee and Petits Fours 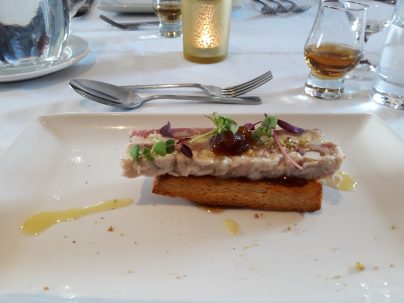 Other than saying all the whiskies worked very well with the food, I won‘t go into detail here on why I chose those pairings. However, I‘d had experience of Bunnahabhain 18 YO working with a terrine before but that was a somewhat different version and many diners were obviously fond of this Bunna expression and appreciated how it went with the food. On the fish, I think the recently launched Jura Rye Cask would have worked well here too. Jura, like Bruichladdich and Bunnahbhain, is such a versatile range. The Ardbeg with the lamb was my instinct from the start.

Now, I‘d wanted to include Kilchoman in 2019, but at a different place in the 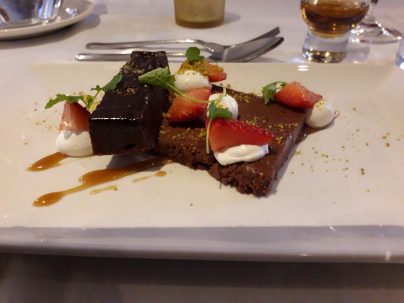 menu, before we had to cancel that event (obviously not due to Covid in 2019). I just had a feeling about it with the chocolate here. I‘d asked Kilchoman what they regard as the purest expression of their output and George Wills said their 100% Islay, which worked pretty well. However, my sample of the new Loch Gorm 2022 arrived and just edged it. Nearly had a minor heart attack when the plates arrived on tables with strawberry garnish as their acidity might have knocked things off kilter but it didn‘t. Indeed, the whole dessert was a joy and the diners all seemed to love the whisky match too. As I said on the night, this was the pairing I agonised over and practised with most at home and there‘s only so much your blood sugar levels and pleasure centres will take! Laphroaig Quarter Cask I saved till last with the tea/coffee and little sultana and orange cakes. I had felt it would be a good match and wanted to mention that during the pandemic we had lost Iain Henderson, one of Laphroaig‘s – and whisky‘s – great managers and, as Quarter Cask was a creation from Iain‘s watch, I wanted to raise a toast to him, to Laphroaig‘s newly appointed distillery and VC managers and to all the Islay distilleries who put in such great efforts during Feis for all the visitors. I did get the chance to meet Barry MacAffer, Laphroaig‘s new manager and, if all goes to plan, should be interviewing him early in July for this column. 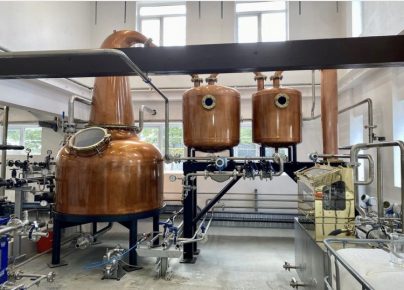 Now, while on Islay I took the chance to skip into Islay Rum in Port Ellen which is the newest working distillery on the island. I wrote a while back about the Vintage Malt Whisky Company‘s intention to set it up. While there, distiller Ben Inglis showed me all the set up and explained their system. The molasses base can come from several suppliers but the one they had that week was from Florida. I had a little sip but no cocktail as I was driving but they sent me away with a lab bottle 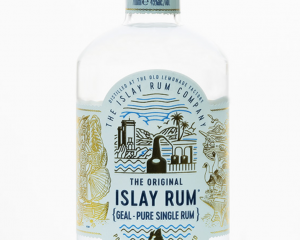 sample to try again. It‘s Islay Rum Geal at 45% abv and is a white rum. A clean sweet taste and I‘m sure a good cocktail base as I intend to find out with my sample. There are plans for aged and spice rums in due course. It‘s a lovely little distillery and a great addition to Islay‘s industry and produce. There are whisky, gin and rum distilleries now on the island. Anyone ready to do vodka? I suspect a brandy might be a step too far but who knows?

While I was there this time I stayed in a place new to me – Eilidh‘s Guest House in Port Ellen. Just look at the fabulous view from my window. That would be dramatic even in poor weather. It‘s managed on behalf of the local owner by Niall Kirkpatrick who runs his own, long-established and smartly appointed Trout Fly B&B back round the corner. He says they still have some things to do to Eilidh‘s but all I can say is it was clean, comfy with a great shower and those views… 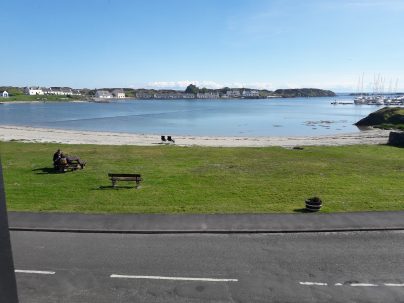 So on to this time‘s tasting notes. First one is Jura Distillery Single Cask Exclusive Feis Ile 2022 (57.2% vol). There were only 700 bottles produced and for a price of £120/bottle. It was distilled in September 2007 so is 14 years old. It has spent its entire maturation time in a sherry butt. If you can get hold of one online from the Jura website, orders should be shipped from July.

Finish: Long and zesty with barley grain sweetness and herbs. 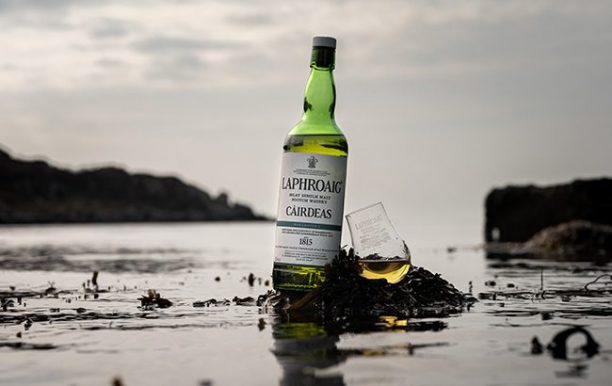 Friends of Laphroaig via the distillery website, it is aged in first-fill ex-Maker’s Mark bourbon barrels and Warehouse 1 is closer to the sea. UK price is £92/bottle – about US$116. I have seen on a certain retailer website at a price much larger than this which doesn‘t sit well with me.

Palate: Sweeter than might be expected with some honeyed notes. Richly roasted barley and charred oak and peat. Smoke definite but not overwhelming.

Finish: Long with some smoke and peat but with residual grain and oak sweetness plus char. Touch of grassiness in the aftertaste.

I hesitate to call it a „softer“ Laphroaig as it‘s full-flavoured. Perhaps beguilingly subtle compared to other expressions but still quite complex.

Anyway, that‘s us for mid-June.

Till end of this month, happy dramming. Slainte!