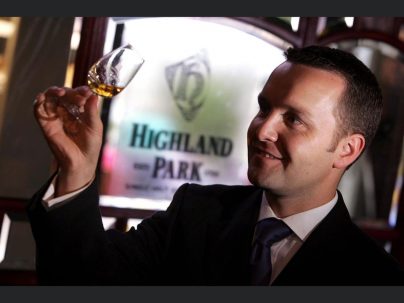 It‘s Sunday 27th February and I am shocked to hear of the death from cancer, on Friday, of Jason Craig, Brand Director for Highland Park. I‘ve interviewed Jason a few times and known him since his early years at Edrington where he worked on Famous Grouse, The Macallan and Cutty Sark too. It was under his watch that there were innovative promotions for Cutty Sark and the current packaging / promotional work for Highland Park – and 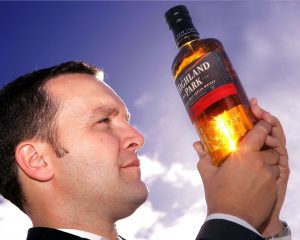 subsequent new expressions – all with the Viking soul theme. I‘ve worked in and around this industry for a long time and he was one of the nicest and kindest people I‘ve met in it. Always good-humoured too. He was generous with his time and considered in his answers, giving me extra time to interview him in his office after he‘d hosted a load of us whisky scribes at the launch of the new HP packaging in Copenhagen a few years ago. Someone smarter than I am commented that he‘d now be in Valhalla. He leaves a wife, son and daughter and will be very much missed by his colleagues, our whisky industry and all who knew him. 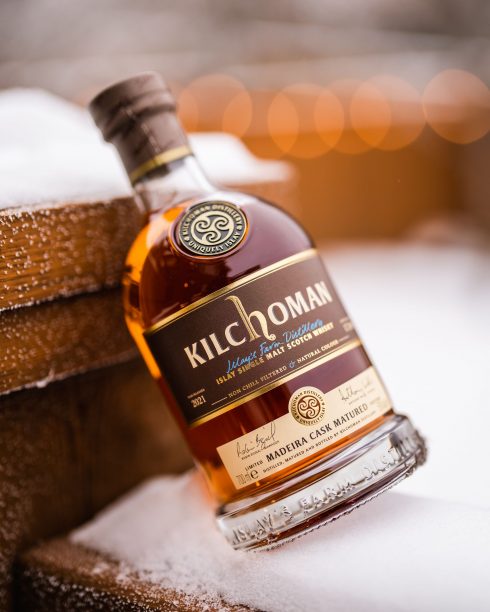 There‘s a new limited edition release of the year from Kilchoman – the Madeira Cask Matured. It was distilled in May 2016 and matured for 5 years and 3 months in 46 fresh madeira hogsheads, before being bottled at 50% abv, we are told. There are 17,000 bottles and heavily peated at 50ppm.Not severely limited but,if I read their distribution location map correctly, each country covered won’t get a large allocation but the bulk of it probably UK.

Kilchoman had planned to release this in late 2021 however a bottle shortage meant that it was delayed. You can get it from Wednesday 2nd March from specialist sources in the UK and globally. It is not available through their website. They have offered a sample so I would hope to do a tasting note soon.

In all the horror about the terrible situation in Ukraine, we are told of how this might affect prices for some of our basic foodstuffs given the amount of wheat and other grain (incl. barley for brewing) grown in – and exported from – Ukraine. Russia also supplies a lot of grain to certain countries who may well suffer shortages as a result of sanctions. One other thing I did notice in my reading of how this will change things for certain industries, is copper. Now, copper mining was already affected by the Covid pandemic but statistics for 2020 (latest numbers I can find) show that Russia is the seventh largest producer of copper but its output is only about a seventh of that from Chile and a third of Peru‘s production. I wondered if any of the copper for Scotch Whisky stills comes from Russia. This is emphatically not for any selfish reasons pertaining to Scotch. Just simple curiosity. There are producers of copper stills, mash tuns and coils for worm tubs in the UK and overseas. I thought I‘d try and find out from one company where the copper for still production comes from but no one was available for me to ask. If I get an answer for next time, I‘ll include it.

Sticking with Ukraine/Russia, some places in the world are taking Russian spirits off their shelves and out of their bars. Looks like much support for Ukraine in the hospitality and drinks retail world. Also, the Nemiroff vodka distillery in Ukraine has closed for the time being, while some staff members sign up to their armed forces and is also seeking donations to the Return Alive Foundation.

I started writing this on Saturday 26th February when Scotland had just been thrashed 36 -17 by France in the Six Nations Rugby tournament. Massive credit to France and consolatory drams were needed that evening.

A welcome package from Aber Falls Welsh whisky arrived the other day in celebration of St. David‘s Day (patron saint of 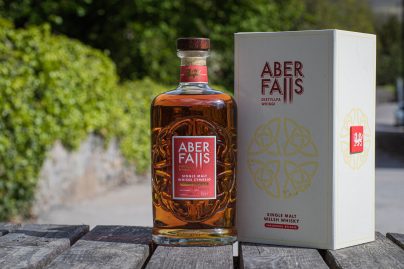 Wales) on 1st March. As a Scot, I have no issue with fellow Celts honouring their patron saints with their whiskies/whiskeys so will make sure to use the dram on Tuesday. Then we have St. Patrick‘s Day (Ireland) on 17th March. I have plenty of Irish Whiskey to raise a toast there. Then there are some decent English whiskies to drink on St. George‘s Day – not that they seem to use it much in this way, though Cotswolds Distillery did launch its Pineau de Charentes Cask Whisky on St. George‘s Day. It‘s a good one too, covered in a column last year. And, of course, there‘s St. George‘s Distillery.

Here in Scotland, we don‘t seem to make much of our whiskies in that regard. Brands don‘t seem to do so (or not that I can recall) though retailers do. Perhaps because Scotch is so dominant it maybe seems unnecessary? I don‘t know. It’s only recently we started getting a holiday for St. Andrew’s Day. The other countries have fewer brands than we do (though Ireland has plenty) so any saint related promotion wouldn’t get lost. Maybe we just don‘t need that as an excuse to promote drams. Burns Night seems to get more attention as a whisky drinking occasion. Anyway, it is a welcome offering from Aber Falls – accompanied by what looks like some tiny leeks! – and will be appreciated this Tuesday.

My main dram this week, though, has to be Highland Park.

Happy dramming everyone. Back in mid-March.