I have a backlog of whisky samples to nose/taste and write about which have turned up in the last month and hoped to include a number of them here. However, I got back from holiday last week with an annoyingly lingering cold so my olfactory system has been offline, as it were. The Covid testing was definitely negative. I‘ve had this lack of smell and taste from bad colds in the past. I‘m hoping normal service will be resumed in time for an end of month column.

Recent news from Islay is that Ardbeg owners, The Glenmorangie Company (in turn part of the LVMH group) are buying The Islay 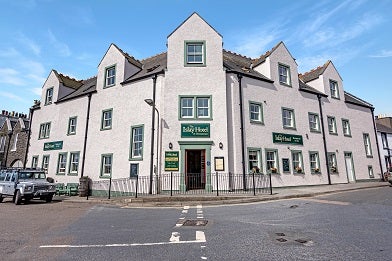 Hotel in Port Ellen with a view to „creating a world-class whisky and hospitality experience“. There is no more detail than that at present. Given what Diageo has been doing with The Johnnie Walker experience and brand homes at four of its main distilleries in recent years, it‘s good to see someone else is going for an experience upgrade.

It‘s also interesting given the recent issues of others on the island. Morrison Bowmore‘s delightful and cosy Harbour Inn has been closed for some time due to lack of chef, they said and when I last enquired in September there was no progress on that. There may be more now while I‘ve been away so I must check. Also, The Glenmorangie Company‘s own Ardbeg Distillery has suffered from lack of chef and its Kiln Cafe in the visitor centre has been closed with the only catering there in recent times via the quirky and high quality Airstream caravan in the yard. Now, Port Ellen, as the other major village on the island, arguably needed a top quality accommodation for that side of the island to match what was in Bowmore via The Harbour as well as lovely Port Charlotte Hotel in that village and The Machrie near the airport. I note Islay House Hotel by Bridgend has been up for sale too. Might be nice to have some more mid-range and budget accommodation options, though, as not all visitors are well-heeled and some more housebuilding for people on the island or attracted to it by the jobs being created there.

The Islay Hotel‘s outgoing owner had undertaken major renovations and put in a decent food offering but I can‘t comment as I neither ate nor stayed in it. They also kindly provided stranded tourists with free hot drinks (though surely Calmac paid) when one of the island ferries broke down and all passengers (including me) were milling about the port area waiting to see if we could get on a boat or not. Anyway, I welcome this purchase of the hotel and look forward to hearing more about The Glenmorangie Company plans. I do hope the excellent Jackie Thomson, manager of the Ardbeg VC and Chair of the Ardbeg Committee, will be involved in some of the development. She‘s a great creative talent and manager. 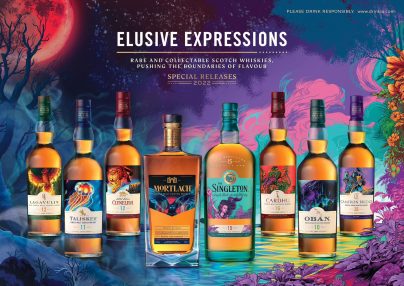 year again. As a marketer I shouldn‘t be such a sucker for good packaging but I am. It‘s rather like a hatbox in shape with different layers which take you into the whiskies which is, in turn, more like a box of chcolates. I‘m so looking forward to trying these and producing some notes when I can nose and taste again. Other samples I‘m hoping to be delighted by are from Ireland‘s Waterford Distillery, from Fettercairn ( a couple), Douglas Laing & Co. (The Gauldrons), Kilchoman and Caol Ila. There‘s going to be an orgy of nosing and tasting when I can finally use these whiskies! It‘s also my birthday next week so it would really make the day so much better to be trying at least some of them too. 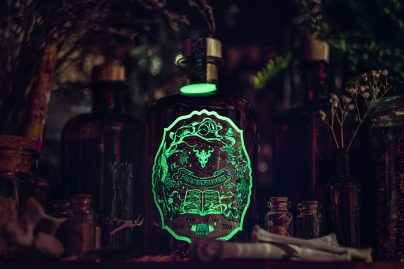 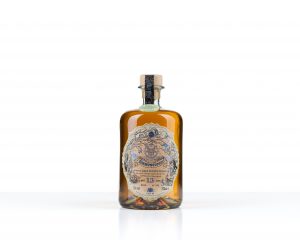 Scottish Witchcraft series which is inspired by Scotland’s storied history with witchcraft. It‘s called ‘The Book of Daemonologie’. They say, „From the witchcraft trials of the 17th century with our first release last year, which commemorated the life of Isobel Gowdie,  to King James VI’s witch hunting words in his book, Daemonologie, the series so far depicts the tensions between Christian and pagan beliefs which resulted in the prosecution of women throughout the 16-17th centuries.“ I reckon we‘d call them herbalists nowadays or possibly even practitioners of homeopathy as in some ways we‘re a bit more enlightened now. The whisky is a 13 year old single malt „distilled at a secret Orkney distillery“ (there are only a couple…) and is bottled at 52% abv. Price is £98 per bottle and there are only 165 bottles. The label also glows in the dark to give a further air of spookiness. This reveals an illustration inspired by King James VI‘s „Book of Daemonologie“ from 1597. It‘s available now from the Cask 88 website for UK only delivery. Some of you may recall that Cask 88 opened the world‘s smallest whisky bar in an old police box (not as big inside as Dr. Who‘s) during this year‘s Edinburgh Festival. They‘re using it again next weekend from 28th – 30th October to launch the new whisky. It‘s open 4p.m. – 8.30p.m and you can have your fortune told via a tarot card while trying a free sample of the new bottling.

Another happy piece of news this week is from the far north where the Dornoch Whisky Festival returns next week (28th – 30th October) as well as a full food and drink event including Taste North in Wick on 6th November and The Far North Spirits & Beer Festival, an inaugural spirits and beer festival taking place across Scotland’s ‘far north’ throughout November. The events include cooking demos from local chefs, distillery and brewery tours from the likes of Dunnet Bay Distillery (near Thurso), 8 Doors Distillery (John O‘Groats) and 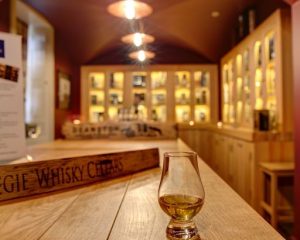 The Carnegie Whisky Cellars (Dornoch and pictured here). These are locations on the North Coast 500 road and it‘s all under the umbrella of Venture North, an organisation trying to encourage visitors to do exactly that in Caithness and Sutherland over the months of October – March when that route and area will be less crowded than in summer and you‘re not stuck behind leisurely European motor homes or luxury sports cars zooming by. Lovely idea. There are always cosy bars and other places to „coorie doon“ in if the weather is damp and spectacular, dramatic scenery to see whatever the weather while you enjoy the best foods and liquids northern Scotland can offer. If you‘re coming in from overseas or down south, the nearest airport to fly into is Inverness and drive from there but don‘t underestimate the distances. Aberdeen airport is the second closest. Sadly, I won‘t make the Dornoch event myself (too busy with birthday stuff) but would love to hear from anyone who does venture up there to join in.

Well, that‘s it for now. There is other whisky world news but you should find that in various trade feeds. Hoping to be back with a fully functioning nose and palate by 31 October latest. If not, there‘s always mid-November and all these samples will need to be split over more than one column anyway.

Till then, happy dramming.