New Fettercairn Tasting; Do We Scribes Ever Buy Whisky? – Craft Whisky Club – Oak on BBC Radio 4 (Get the Names Right!)

Having recently had my first dose of Covid vaccination, I’m champing at the bit for the second one so life can get back to being rather more interesting. Not that Zoom meetings haven’t helped but I’m longing to travel to distilleries and elsewhere in Scotland and give some business back to our hospitality sector. It’s a year this week since I was last able to do that. More drinks related Zoom meetings coming up this month with a whisky one and a Bordeaux wine one lined up.

But back to the whisky… 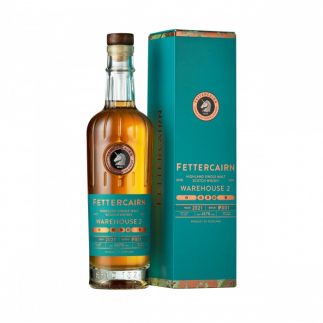 Last time I mentioned the new range from Fettercairn’s owners, Whyte & Mackay, in the form of the Fettercairn Warehouse 2, Batch No.001 (49.7% abv; no age statement) from five different cask styles filled in 2010 and matured in Warehouse 2. This is the first in a collection of small batch single malts. The wood types used were first fill US and European oak including sherry butts and barrels (definitely a hint of sherry here), bourbon barrel and port pipes.

A sample of Batch No. 001 and, for comparison the Fettercairn 12 Year Old arrived by mail. I’ve written about the 12 Year Old before but tasted again for comparison’s sake. Definitely different one from t’other but also sharing some characteristics. Pineapple is a common one for me in Fettercairns. Tasting note for this new one is:

Appearance: Rich, old gold with tawny and orange marmalade highlights (maybe a touch more tawny than 12 YO). Tears very clingy, fatter than the 12 and widely spread.

Nose: From the bottle, earthy, damp oak and vanilla – a warehouse aroma! In the glass, spicy and sweet. Rich, ripe stone fruit and a touch of pineapple too. Candied citrus peel. Pear juice, honey and soft fudge at the back. With water, softer and more fudge; ginger and maybe some mace; some sultanas and longer and stronger honey which just gets better as it sits; stewed apple/pear; brown sugar. Vanilla with rum and raisin. Empty glass aroma – more pronounced honey with barley sugar and sweet wood.

Finish: Long, sweet with some spiciness then dry. Oaky notes linger a long time too.

Another one where I savoured the nose for a long time. So enjoyable.

Inside the pack were a little pack of digestive biscuits and a small jar of an unlabelled chutney or jam with the most intriguing smell. I thought I’d better find out more and it turns out that Bruce Aitken, Head Brewer at Fettercairn is a keen chutney and jam-maker. His recipe and thoughts behind it are:

“The melon, peach and maple syrup flavours were distinctive. A lovely balanced whisky. I was left with a slightly sweet maple maybe slight pecan finish. This why I thought of the bacon. When I first nosed it I just thought fruit cocktail.”

1 wee dram of Warehouse 2 whisky depending on taste.

Pick out the cherries from fruit cocktail as if you leave them in this will give you a different flavour.

Put fruit cocktail, sugar and maple syrup into a pan and reduce. Stir to save sticking.

Add cinnamon to taste (not too much or this will also change the flavour).

Once the mixture has reduced, liquidise until smooth.

Once off heat add whisky to taste.

Now, for those of you not familiar with the “fruit cocktail”, this is a canned fruit mixture of peaches, pears, pineapple, grapes and cherries in juice and may be peculiarly British. I’m not actually sure!

Yet again, I recently failed to get picked out of the Bruichladdich monthly ballot to buy my preferred bottle of the two on 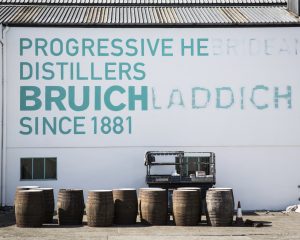 offer. Such is life. I did once get lucky in a Macallan ballot but didn’t see the e-mail for three days and missed my chance to confirm and buy. If you’d like to try your luck in the Bruichladdich ballot and haven’t yet participated, sign up for the newsletter. They’ve had some intriguing bottlings in the ballot offer and, if you’re lucky, it’s a way to acquire a rarer bottling for yourself or your bar/restaurant/hotel. We whisky scribes are often sent samples but not of everything out there (maybe unless you’re Charlie MacLean or Dave Broom) and samples are most often small lab bottles or miniatures. I’ve met a number of people who think this life is one long parade of freebie bottles. It isn’t and nor should it be. We also like to try things we’ve only read about or have enjoyed as samples or to give as gifts or because we admire the talent and artistry of that whiskymaker. So we buy them. 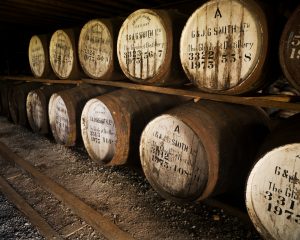 I always listen to BBC Radio 4 while driving (unless the signal fades, as it can further north) and caught the Food Programme the other day. It was presented by someone who is also a full-time craft brewer and entitled “The Barrel Effect: Why Oak casks have stood the test of time” . For those of you at the beginning of your whisky learning who need or would like to know more about the importance of oak in whisky making (or for other products), you’ll find this an interesting programme. It’s informative for newer whisky students and well-made though it really did niggle me that the presenter hadn’t bothered to learn how certain names are pronounced. It’s a detail so easy to get right and spoilt my listening somewhat. However, I do recommend it for TWA course students and any others interested in whisky maturation. You’ll find it at https://www.bbc.co.uk/programmes/m000t409 . You’ll also learn more about wood in the new Whisky Ambassador Advanced Course coming soon.

Online whisky subscription service, Craft Whisky Club has announced to its members that, in their next box of goodies, they 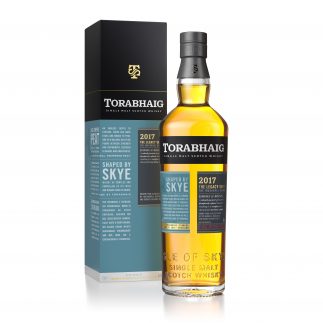 would receive a bottle of Torabhaig Legacy 2017 release. Torabhaig is Skye’s second licensed distillery and where the first spirit ran off in 2017.  All who are Craft Whisky Club members signed up before 15th March will receive this new bottling which is sold out everywhere else, apparently. Any new members from 15th March will be added to a lottery to get access to some additional bottles. Quantities are limited so be fast or miss out. The club’s website is https://www.craftwhiskyclub.com/ if, as with the Bruichladdich ballot, you want to join to acquire bottlings for yourself or your hospitality establishment. 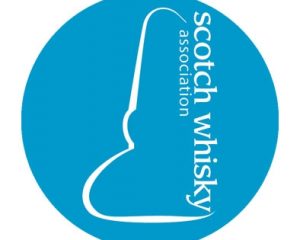 The Scotch Whisky Association recently announced the top 10 Scotch Whisky markets by value and it may be no surprise to learn after a year of Covid19 that most of them were well down on the previous year with the exceptions of China and Latvia, both with growth over 20%. More power to their drinking elbows! Partly due to the tariff war with Europe, the US, though still the largest market by value, was well down on the previous year and may take some time to build up again. Some talk in terms of at least several years but let’s hope it doesn’t take that long. It somewhat depends on what US consumers found to plug the gap while the tariffs were in place and if they revert to Scotch with tariffs lifted. Consumers there who have lost jobs or on reduced salaries will be another factor.

Two other whisky regions – Japan and New Zealand – recently published their whisky rules so I’ll hope to look at those for comparison with Scotch next time.

In closing, those vaccinations are getting closer so hang in there. In some countries, like Dubai, vaccinations have been pretty widespread already allowing life in the hospitality trades to operate more normally, I’m told.

Keep tasting, keep experimenting with Scotch Whisky. I’ll be back at the end of the month.