A recent addition to the inbox was news from Douglas Laing & Co. about a new edition of their Rock Island malt whisky – Rock Island Mezcal Cask Edition. Rock Island is an island malt with its constituent whiskies taken from Orkney, Arran, Islay and Jura so it can enjoy both peat smoke and fruit in its character. All were single casks so a limited amount. Background to this one is that it‘s at 46.8% alc. vol., no chill-filtration and no added colour. Only 1500 bottles were produced to cover Europe, the Americas and Asia Pacific so not a lot for each region. It‘s available from specialists and online (Douglas Laing website) at £60/bottle or 70 Euros. No US$ price supplied.

A sample for me to nose and taste turned up end of last week so here we are. I was keen to try this one as mezcal would not be my spirit of choice but I wanted to see how it affected the flavour and character of the whisky. 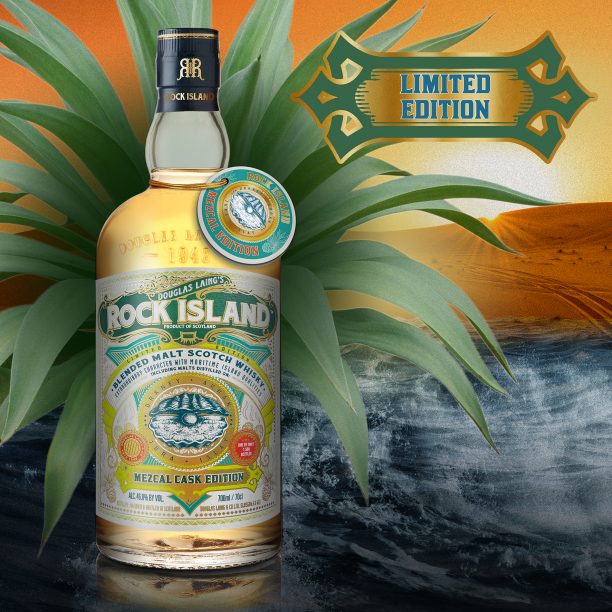 Finish: Long and quite dry with light smoke, salted crisps and dried herb.

Douglas Laing give us a perfect serve suggestion of a measure of Rock Island Mezcal Cask Edition, top up with good quality tomato juice, squeeze of lemon, pinch each of salt and pepper „and as much hot sauce as you can handle!“ I‘d also like to try it as a smoky margarita style. In terms of food matching they suggest adding a couple of drops to oysters or with a seafood platter. I‘m also thinking barbecued, marinaded langoustines. Otherwise I definitely enjoyed it as a dram on its own.

News also came in recently that Elixir Distillers, former owners of The Whisky Exchange in London and currently building Portintruan Distillery on 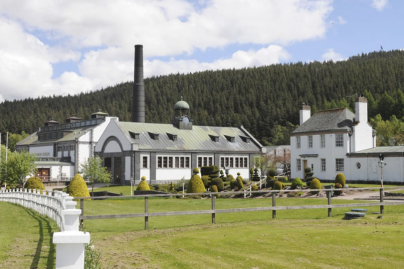 Islay, have acquired Tormore Distillery from Pernod Ricard. I‘d say that‘s the start of a very nice portfolio of brands. Tormore is one of the brands I used to work on at Allied Distillers some time before the Pernod Ricard purchase. It‘s a tasty but gentle-character single malt and a really beautiful distillery with its former worker houses arranged alongside. At one point those houses were falling into disrepair. I recall we on the Allied Malts team asked to be given budget to refurbish them and possibly use some for visiting distributors or to sell as homes or for holiday letting but weren‘t allowed to do so. I can‘t recall what happened to them, if anything, under Pernod Ricard‘s watch but they would be a great asset if properly used – and if still there! It’s a while since I was up that way. I‘ve asked if the new owners have plans there. They do intend to create a visitor centre which is good news for such a pretty site. I certainly wish Sukinder Singh and team all the best with this addition to their collection.

Just too late for my last piece came info that Sandy Hyslop, Master Blender for Chivas Bros., had curated a new very limited expression of Royal Salute to celebrate The Queen‘s Platinum Jubilee. It‘s called, unsurprisingly, The Royal Salute Platinum Jubilee Edition. The very first flagons of the brand were created in 1953 as a gift to Queen Elizabeth II on her Coronation Day.

We‘re told, „To honour her seven decades on the throne, Royal Salute was inspired by seven iconic brooches from the Her Majesty’s personal collection, the designs of which have been engraved on seven different decanters and box designs, with a colour palette reflective of her famous wardrobe. The expression is…finished for over two years in Tawny Port casks – a wine served during a Coronation Banquet in 1953 – and includes some exceptionally high-aged whiskies from no fewer than seven silent stills, each now lost to time. While their reputation lives on, the rarity of the remaining whisky means this unique expression, with red apple notes of the Inverleven Distillery, the blackcurrant vibrancy of Lochside and rich toffee of Caperdonich, can never be repeated…In further tribute to Her Majesty Queen Elizabeth II, Royal Salute has partnered with London-based jewellers Bentley + Skinner to create a unique brooch in honour of the Platinum Jubilee. The custom piece is made of 18ct yellow gold, platinum and set with 70 diamonds, and will accompany a single crystal decanter and wooden box depicting the bespoke design. This one-of-a-kind set including the brooch, designed bottle and box will be up for auction via Christie’s on 8th June 2022, with profits donated to the Queen’s Commonwealth Trust, a charity supporting the new generation of leaders who are transforming their communities.“ Indeed, the one decanter with the brooch sold for £68,750 (not sure if that’s excluding VAT etc.) and the one collection of 7 decanters in the auction realised £175,000. The whisky became available this month and, in case you were thinking of buying one, you‘ll need at least £15,000 in your bank account. Find out more about each one at https://www.royalsalute.com/en/whisky/platinum-jubilee-edition/ . There are 21  sets of each of the seven decanters. 38 of the decanters are available in global travel retail at airports around the world.

That‘s all from me this month. I‘m interviewing Barry MacAffer from Laphroaig this week for a future column, if the tech works!