Bit of a hybrid this time with tasting notes blog and some news bits which aren‘t opinion pieces. However, one bit of opinion – or question – I will start with is why do we need so many whisk(e)y awards? There are certain ones whose existence and credibility I can understand but I had news in not so long ago of yet another set of awards from one country which already has at least two sets and it seems almost every whisk(e)y-consuming country and whisk(e)y publication has to have several of its own these days. I also feel the criteria for some of them aren‘t as exacting as they might be. Reminds me of being in Seattle years ago and almost every coffee shop boasted some kind of award. „Judged by whom?“, we wondered. Just putting that one out there and happy to hear views. 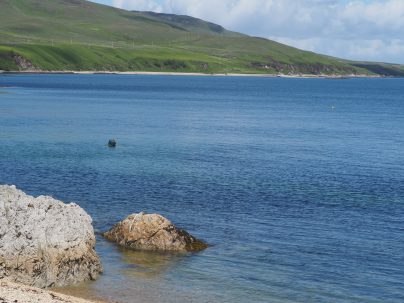 I am so happy to say I was back on Islay just after the last column was uploaded. I’d purchased some bottles from Laphroaig distillery and my former colleagues there, knowing how much I had missed my visits in the last couple of years,  insisted on keeping them till I could go and collect them myself. What better incentive is there? As I managed to co-ordinate ferry spaces with accommodation, in the gorgeous sunny weather I was able to call in at Bunnahabhain’s lovely new visitor centre with its beautiful views over the bay down there (see above) and have a look at the massive new extension of Kilchoman’s visitor 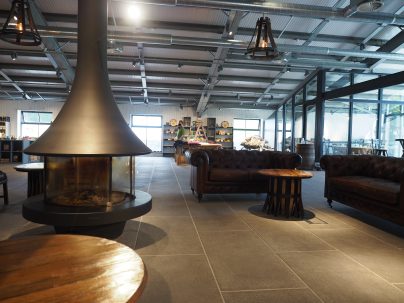 centre too. You could have some massive parties in there – once allowed again, of course. Some distilleries are doing tastings and distillery shops were open but tours were still not happening. That may have changed by this week and should certainly do so later in July. It was also interesting to note that, though the ferries are having to reduce places on board due to social distancing, they were still pretty busy yet there was plenty of space to keep apart from people on board. The island is busying up quite a bit too. Many accommodations are already busy for the summer and early autumn but it’s worth a try if you’re keen to go. I have to thank Vicky McLean at The Harbour Inn – and formerly of Laphroaig – for finding space for us to stay. We also enjoyed excellent dinners at The Lochindaal Seafood Kitchen, The Port Charlotte Hotel and The Harbour Inn whose copious breakfasts meant we never needed lunch. Also a great treat to see James and Barbara McEwan with James insisting he is now fully retired and they do have great travel plans for some of their favourite parts of the world once that’s all allowed again.

Now, a number of samples arrived which couldn‘t be included with the interview column last time as that wouldn‘t have been fair to my interviewee and they were too late for the column before that. The whiskies were from Douglas Laing & Co., Glen Moray, An Cnoc and Jura. I‘m leaving the Juras for another time as there were three of them, one of which I‘ve covered before, quite a while back. I should also mention that we have a heatwave in Glasgow at the moment and the room in which I nosed and tasted all of these became pretty hot. That can affect the olfactory abilities so I carted them all to a cooler spot to try again. Make sure you do tastings in a space that‘s neither too hot nor too cold based on temperatures you are used to. 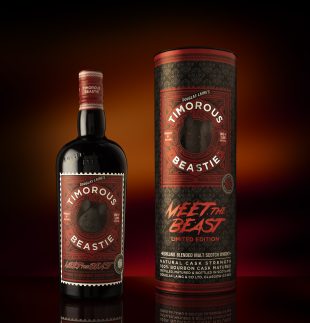 First up is Timorous Beastie „Meet The Beast“ Cask Strength (54.9% vol) from Douglas Laing & Co. We‘ve looked at several Timorous Beasties before – it‘s DL‘s Blended Highland Malt offering and is usually a very easy dram to appreciate. Is this one any different? No – still very palatable. If you get the chance to try it I suggest tasting with only a little water to start – enough so it doesn‘t numb the palate and add more as required till it‘s right for you. On that note, I heard another whisky writer say recently that they taste initially without water too. For me, that doesn‘t work with the higher strength offerings.

The distilleries this expression comes from are Glengoyne, Glen Garioch, Blair Athol and Strathearn, so three southern Highland and one from further north. Also, Strathearn hasn‘t been around that long (since 2013) so expect some more youthful whisky in the blend from there.

Finish: Quite long and mouth-drying but barley sweetness and sweet cake spices.

Now, I‘ve tried two An Cnoc expressions in recent months but not their An Cnoc 18 Year Old (46% vol). That arrived as part 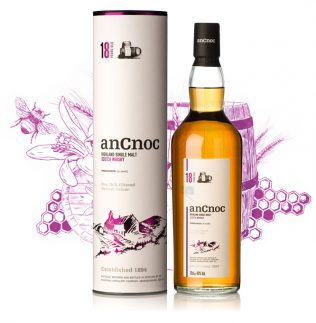 of a set of promo samples for Father‘s Day but worth featuring here as we haven‘t covered it before. An Cnoc comes from the Knockdhu distillery on Speyside.

Nose: Good sherry and oak notes from the bottle. In the glass, quite „dry“- dry spices and herbal notes. Also a little bit of sulphur and sherried notes. Slight nuttiness – more almondy – and buttery like fresh croissants. With water, more soft oak and sweetness; a bit of caramel comes through along with more of the creamy, buttery notes. A touch of wax and a hint of lime zest.

Palate: Medium mouthfeel. Quite drying. Light sherry notes i.e. not from a heavy PX cask. Touch of licorice and almond. Zesty/sherbety on the tongue. Maybe a little lime rind.

Finish: Quite long and zesty on the palate with initial sweetness then a dry and sherbety finale.

Last on taste for this time is Glen Moray Tokaji Finish (53.6% vol). This is the first in a their Warehouse One Collection for 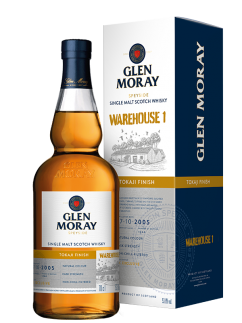 2021 which will see release of 3 whiskies this year. The thread running through them is „Glen Moray‘s classic Speyside spirit matured in casks sourced from some of Europe‘s oldest, noblest and most distinctively flavoured wine varieties“ so the media release says. This one is a 2005 distillation.

Nose: From the little bottle neck there is oak and spicy florals with a bit of ginger paste. In the glass florals and slight toffee. Also a little mild, creamy cheese plus some icing sugar/ cake icing (frosting). Left to sit a while, more sugar sweetness and light honey. With water, candy floss and maltiness light fruit and a little more honey and toffee.Even a tiny waft of sulphur later on.

Palate: Initially sweetness and coconut cream; then very mouth-drying; tingling ginger; soft cake icing; candied nuts (sugared almonds). [I looked in their official notes afterwards and they say marzipan in here but I don‘t get that.]

Finish: Long and sweet with barley and sugars but really quite mouth-drying.

All are drams worth seeking out. If I didn‘t like anything, I‘d say so. I did get more of interest out of one of the three. On that note, while driving I was listening to a radio interview recently with a twenty-something podcaster who has a great following for her book reviews podcast. She was asked if she gets paid by publishers for the reviews and the answer was no. Similarly, the tasting notes given in my pieces are emphatically my own unless I indicate I‘ve used a company‘s „official“ ones – e.g. if a very limited edition or hugely expensive and there‘s no sample available – and I don‘t get paid by any of them for those in my columns.

A few news snippets to finish off with. This year‘s Diageo Special Releases is the Legends Untold cask strength collection and will feature whiskies from Oban, Talisker, Lagavulin, The Singleton of Dufftown, Mortlach, Cardhu, and Royal Lochnagar. There are meant to be eight and that‘s seven distilleries so either one of them is offering two or they‘re holding one back to tell us about later, which I‘m guessing could be a grain or a blend. We‘ll see when the collection is released in the autumn. 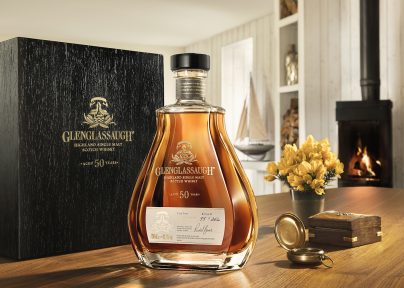 I‘d say Glenglassaugh have been busy too but in fact they‘ve been taking their time. The latest offering from here is 50 years old. We‘re told, „Shaped by the influences of land and sea for over half a century, Glenglassaugh 50 Year Old has gently matured in the distillery’s coastal warehouses overlooking the rolling surf of Sandend Bay. The rare expression, of which there are just 264 bottles available, has been bottled from a single Pedro Ximénez sherry cask from Andalucīa in Spain.“ And here we do have official notes because, as you might expect with such a limited bottling, there wasn‘t a sample, “Offering a deep and seductive sweetness, the 50 Year Old’s flavour profile ranges from caramelised pear to soft exotic cherries; almond and refined oak beautifully intertwine to present a symphony of tropical notes on a gentle ocean breeze with rolling waves of flavour, which intensify and evolve with each sip.“ This bottling has no added colour and strength is 40.1% ABV. That‘s just on the right side of legal bottling strength and it is an issue with very old single cask whiskies that you have to catch them for bottling before they dip under legal strength (I recall from some years ago a super cask at Tullibardine dating from 1952 which they were going to have to use quickly before its strength was too low). This initial Glenglassaugh 50 release has only 264 bottles and should be available in select markets in Europe and Asia now.

This morning a little box arrived with two examples of The Gladstone Axe Scotch Whisky. The release came a week or two ago and these samples are too late for this column so I‘ll cover them in July.

Till then, happy summer dramming.