Hello and belated Happy Easter if it‘s something you celebrate.

I‘m afraid it‘s more of a chocolate feast for me.

It‘s been one of those months where there weren‘t many nosing/tasting samples in March and then a bunch of them came almost at once. A few were just a little too late for last time and I won‘t have room for all the new ones here so will leave them for the end of the month – those later ones will include a sumptuous (I hope) 31 Year Old Glendronach and Gelston‘s Irish Whiskey Cream Liqueur.

For this time I have two of the Benriachs from the Cask Editions and Kentucky Owl The Wiseman Bourbon. Let‘s look at the Benriachs first and two very contrasting drams.

Nose: From the bottle it is richly fruity, earthy and woodsy. Oak is finley integrated and there are some spice and quite heady floral notes. Whisky soaked vine fruits (when you‘re soaking fruit for a Christmas cake). Also some tropical fruit – definitely pineapple. Baked honey and apple. Quite a range of fruits! Orange oil; cedar wood boxes with vanilla emerging a little later.

Palate: Medium mothfeel and slightly luscious; Rich fruits and a little mouth-drying. Touch of oak, herbs and black pepper. A little hint of pineapple at back of the palate; sweet spices and baked honey.

Finish: Quite long; fruity, spicy and dry with some herbal notes.

Not all of the whiskies in this collection are available in all markets. At least one has less than 200 bottles available. This particular expression is available in selected European markets now. 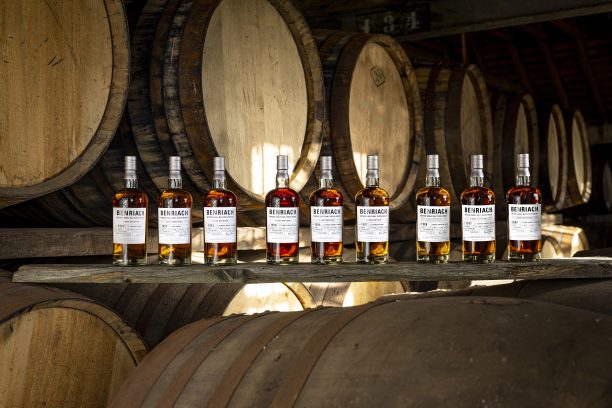 The second Benriach (there are 9 in total in this collection) Is Benriach Cask Edition Oloroso Puncheon 27 Year Old (53% vol). I hadn‘t looked at the media release prior to nosing (like to keep my tasting notes independent) and was surprised to find this is a peated one as it wasn‘t mentioned on the label. I shouldn‘t have been as the distillery does some peated spirit each year and there was bound to be at least one in this latest set. Puncheons are large casks and maturation will be slower and colour uptake may be slower too, dependent on whether – and how often – previously used.

Palate: Medium mouthfeel; slight oiliness, richly smoky and peaty, charred wood (even if it isn‘t a charred cask); Savoury spices and quite dry. Touch of lime zest and licorice.

This one is also in European markets now. Others reach the US now or soon and yet others are destined for Asian markets.

Recently, the kind souls who do PR for Samuel Gelston‘s Irish Whiskey arranged to send me a sample of their first ever cream liqueur along with a sample each of their blended and single malt whiskeys. There are also some interesting cocktail recipes originally intended for Easter weekend. However, including those notes would make this column too long so, like The Glendronach, I am holding them over till next time. The cocktails sound too good to be kept for just Easter so I have no qualms about holding them back for another week or so. There‘s an online session about it this week but I‘ll be doing my own notes before then to avoid influence of the online event. 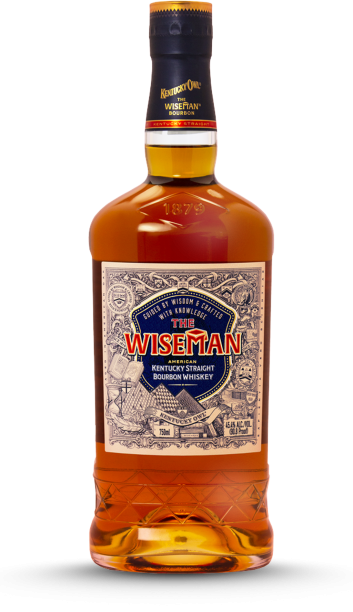 package. It‘s Kentucky Owl The Wiseman Straight Bourbon ( NAS;45.4%abv). I do enjoy a good bourbon so looked forward to trying this one.

Appearance: Light amber/ antique brass. Tears fairly sticky but quite close at first then more widely spaced. It looks a bit oily so may have high corn content in the mash.

Nose: Fresh and airy; quite a sweet nosewith some barely sugar and soft oak; vanilla and sweet spices as you‘d expect from US oak; baked pears and soft candy/marshmallow. With water, waxy notes give way to more spices and fruit – apples but particularly pears. Slight candied nuttiness.

Palate: Medium mouthfeel with slight viscosity. Unusual cough sweet note; almonds and maybe some peanuts too. Slight green pepper and even a touch of salt!

Finish: Medium length; sweet and almondy with a faint minty. Herbal back note.

They sent a card with some cocktail recipes and the one which caught my interest most was a Boulevardier. I haven‘t been able to try it yet as I don‘t keep red vermouth at home (memories of Martini Rosso and lemonade drunk by older relatives!) but here it is if you want to try it yourself:

1) Directly into your rocks glass measure:

4) Garnish with a cocktail cherry.

Then stand back, admire your handiwork and enjoy the drink! 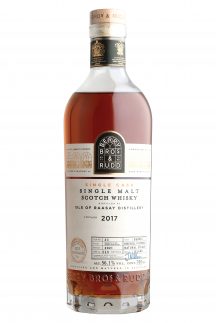 I noted in a drinks trade bulletin recently that there was a new Isle of Raasay expression which turned out to be a limited edition for for Berry Bros. & Rudd, The Whisky Exchange and Master of Malt. Only 240 bottles were produced and retail price is £120.  It‘s the first single cask independent bottling from the distillery. They first started distilling in September 2017 making this single cask bottling the oldest release to date. The BBR release tells us, „This 2017 Raasay single cask #23 chosen for this bottling was purely from the distillery’s peated distillate. After 3 years in a first fill ex-Bourbon barrel, it was split into two quarter casks, ex-Oloroso and PX, for 6 months then vatted back together. The 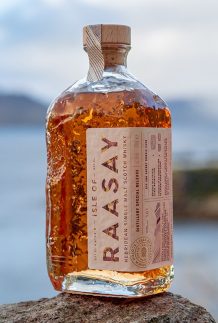 result, a mature sweet flavour with notes of apricot and Sauternes with the distillate shining through bringing coastal peat smoke and waves of spice, orange syrup and dried fruit. Complex, yet delicate with a long lingering finish.“ Now, Alasdair Day of Isle of Raasay told me last week that this bottling has sold out but they have a similar one available from the distillery or via the Raasay online shop. It‘s a year younger but was matured in the same way and there is still some availability of that one at £85/bottle. The link to find out more and see a tasting video with Alasdair is: https://raasaydistillery.com/raasay-whisky/special-release/ .

Another recent drinks trade feed covered publication of a study by the Karolinska Institute in Sweden and Oxford University which has found that the world‘s favourite aroma is vanilla. The 235 respondents were from a variety of cultures and one of the study aims was to see whether aroma preferences were naturally liked by the various cultures or to see if they were culturally learned. It seems the liking 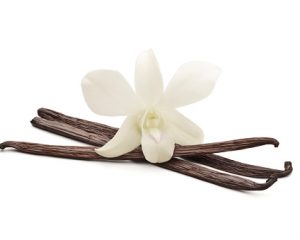 is more skewed to the natural than previously thought. Of the ten aromas listed, vanilla, peach, lavender, cloves, rose, green pepper and mushrooms can also be found in whiskies/whiskeys much of it to do with maturation. Fortunately the others in the list – sweaty feet, sweaty goats and pungent garlic/decaying fish – do not. Doubt very much I‘d want to nose anything containing those last few though some smoky whiskies do have a slight sweaty wool sock note about them.

Our friends in Oz at the University of Technology in Sydney have developed a robotic device they claim is capable of detecting specific qualities of six different whiskies, including their brand names, regions, and styles. The level of accuracy claimed is impressive at 92.3% for region identification and a bit more than 96% for brand amongst 3 blends and 3 single malts. The device is called NOS.E and if you want to read the scientists‘ paper in the IEEE Sensors Journal go to https://ieeexplore.ieee.org/document/9701291 . Type in NOS.E in the search box. It was the second item on the list when I looked. It‘s now one of a range of methods, including human noses, for detecting counterfeit whisk(e)y and I‘d like to see it compared with other systems. If it‘s as good as they claim, it‘s a welcome addition to the methods used to fight counterfeiting.

Also recently, a trade bulletin mentioned that a naturist events team called Nothing On Events was setting up pub nights involving enjoyment of „naturism and social nudity“. Aims are to „…normalise…whilst breaking down negative stereotypes of media-inspired body image“ and „… is about equality and inclusivity…and to normalise naturism, to allow people to have new experiences in safe, non-sexual social nudity.“ Apparently, the first one in Guildford was a success and more are planned. I‘m not sure I see it catching on north of the border, even indoors with the heating on. Naturist whisky tastings, anyone? Not for me, I think.