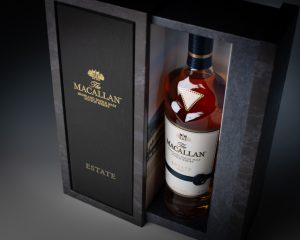 Just in today is news of a new Macallan expression The Macallan Estate and you can enter a ballot to buy one of the first bottles. However, it is £195 so not for those on a low budget. We are told, ” A tribute to our heritage and home, The Macallan Estate is a very special single malt whisky celebrating the deep foundations that underpin The Macallan.

This is a rich and complex whisky containing rare spirit distilled from our home grown barley, selected for its unique character. Cultivated solely for The Macallan, this barley is distilled just once a year over a single week.

Presented in a striking gift box inspired by the natural beauty of our Speyside home, the pack features inlay of hand-cut slate and a panoramic vista of our beautiful estate on the interior.” Good luck if you decide to give it a go.

I did promise a Glengoyne Batch 7 tasting note this month but I’ve put that back to June. There have been a number of samples in the last month so I’ve split them up over this month and next.

The wandering ducks? Well, on my way up to Benriach on 3rd May, I stopped off at Glenallachie as its new visitor centre was opened just in time for the Spirit of Speyside Festival. It 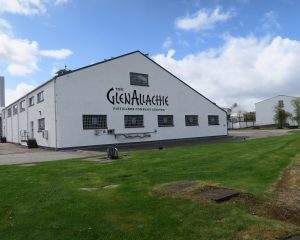 was all quite calm when I got there but they had been busy and more people were due in.  It’s in a lovely setting with a large pond set 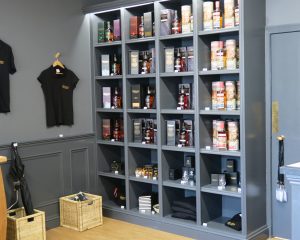 into lawn with some rocks ….. and ducks. The distillery is looking beautifully white and crisp and the visitor centre is in darker tones inside. It’s really smart with a neat little shop, a well appointed tasting room and lovely staff. After my chat with Fiona from the marketing team, I had an encounter I’ve not had at a distillery before.  A family of ducks had gone for a walk and were returning to the Glenallachie pond so I had to stop till they’d all crossed. Another driver coming the other way had to do same. I really liked that – having to stop for the wee creatures to get safely over. So when you’re up there and just before you come into Aberlour from the south, do stop at Glenallachie for a tour and, instead of “smelling the roses”  stop and watch the ducks. It’s  very charming and relaxing!

And so on to Benriach. They were kind enough to invite me up for the Friday of Spirit of Speyside. I could have chosen any, or all, of three events but the only one I had time for was the Warehouse 13 tasting with Rachel Barrie in the afternoon.  Now, I’ve tasted quite a number of Benriachs before but am very glad I went. 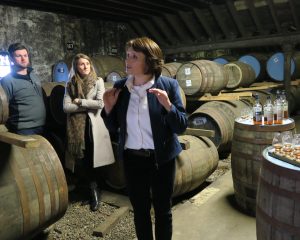 There were about a dozen of us from various places clustered round the casks with pre-poured malts in the warehouse. Some of them needed cuddling as it was a bit chilly. Rachel had chosen 6 single cask whiskies for us all to try, all 10 or 12 years old. One from an ex-Jack Daniels barrel; one from an oloroso cask; the third one from a virgin oak hogshead; fourth from a European oak Sauternes cask; number 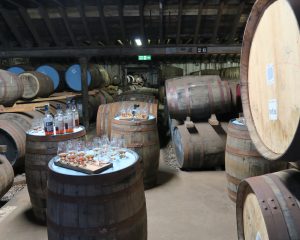 five was a peated one from a port cask and, lastly, a marsala casked whisky. It was really hard to choose a favourite from all these goodies. The virgin oak had spices and toffee on the nose, then lots of fruit once water was added. I detected mint and spices in the peated one. Benriach has such a richness of wood available and they do good things with all of it.  Rachel says they have the most eclectic cask collection on Speyside – a good dozen types. They also get 40 days more sun than other places in Scotland and only 600mm of rainfall a year as opposed to 800mm at sister distillery, The Glendronach to the east and 2,500mm in the west of Scotland.

One fellow visitor,  Joao Pedro Medeiros from Portugal – but who works in The Whisky Shop in London (St. Paul’s branch) – described the fruitiness in the peated sample as being a “fruit barbecue” and he was spot on with that.  It was the one from port cask and those are not charred but the whisky definitely had that aroma about it. They were all so complex and layered. If you do get up to that part of the world it’s a must-visit distillery though they aren’t open to visitors every day. Check before you go or, even better, book your tour in case you turn up and the tour is already full. Whether you visit or not, it really is a range to try. I haven’t been disappointed yet and their 21 Year old is one of my favourites.

The next “ben” is Benromach. Their Batch 1 2008 at 57.9% abv turned up a few weeks ago. I don’t  often taste Benromachs so was intrigued this time.  This one will replace the Benromach 100° Proof in their Classic Range. It’s been available for a month now and 5,500 bottles were produced. Not a lot for worldwide distribution.

Benromach is one of the distilleries with no automation (like Deanston).  I like it when distilleries rely on people rather than computers which is pretty rare these days. So how did it nose and taste?

Nose: Soft , fruity and slightly ethereal at first but then richer, dried light fruit notes; a little touch of vanilla.  A bit of smokiness then edges through. With water, there are more smoky and toasted cereal notes; deeper fruit and a touch of char. A bit more vanilla too. Coffee grounds then sultanas and, fleetingly, peaches. Light milk chocolate and some leather; a soft flash of cologne. Then more mellow smokiness. Left for a while longer it’s back to fruit notes with honey and roasted nuts.

Palate: Smoky, some peat, toasted cereal, nuts and char. Much less fruity on the palate than on the nose but still a tasty dram.

Finish: Medium – long and smoky with wood char. Some sweetness yet also bitter notes. It fades gradually to milder smoke.

I got a lot more out of the nose than on the palate in this one but I’d certainly try it again.

Next on my tasting list for this month is Highland Park Twisted Tattoo.  I wrote more about its background in the March 2019 Notes but samples were not available at that point. Just 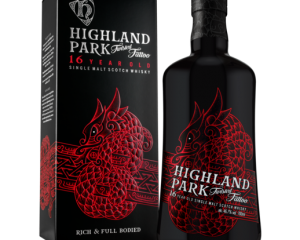 as a reminder this expression is the first time the distillery has created a single malt combining whisky matured in rioja seasoned wine casks with first fill bourbon casks.

Nose: Mellow, honeyed, fruity (sultanas and apricots); some oak and vanilla. Then wax polish. A slightly juicy, vinous note. With water, there is more fruit and a bit of zest; still waxy with cooked barley and some nuttiness. Very rounded and soft.

Finish: Medium length with a little touch of smoke; quite heathery dryness.

Not the most complex Highland Park I reckon I’ve had I’ve had but a nice contemplative dram.

Appearance: Pale straw with white rim and greenish notes, a bit like a Chablis or Muscadet in wine colours. Some oiliness once swirled in the glass.

Finish: Quite long with smoke and barbecue char; some bitterness.

I dug out my notes for No Name’s first incarnation and found a bit more sweetness and body in that. CB say this is a bit more refined than the original with dried red cherries and some floral notes but those escaped me. I will go back and taste it again, though. From my notes, it looks like I preferred the first one but I think peat freaks will love this. It’s not slap in the face smoke but (slightly) more subtle. 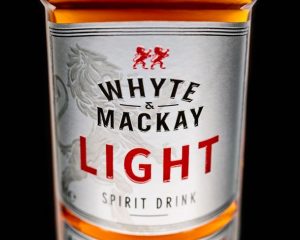 of 40%. I haven’t been able to try it yet so don’t know if the flavour claims hold up. It’s intended “to deliver an attractive option for the growing number of consumers who may be looking to keep an eye on their alcohol intake”  and who might want to use it neat over ice or with mixers. The liquid used was “spirits distilled from malt and grain that have spent time in ex-Sherry and Bourbon casks .”  The target is the  perhaps more health conscious younger whisky consumer as more people in some markets seem to be seeking out low and no alcohol drinks but with the same kind of flavours as their full strength cousins.

Lastly for this month, I recently received news of an Irish Whiskey created for Irish Distillers. Called “A Story of Irish Whiskey“, it’s a five 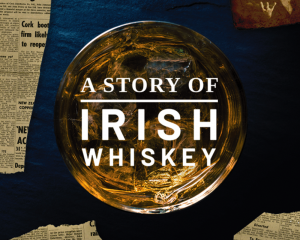 part series beginning with the near death of the spirit and how a meeting of three distilling families in 1966 saw the start of a revival. It then takes us through developments in the rest of the 20th and present centuries.  It’s definitely worth watching and can be downloaded from various platforms including Apple Podcasts, Google Podcasts and Spotify. The Apple link is https://podcasts.apple.com/ie/podcast/a-story-of-irish-whiskey/id1463757314 . No other links were supplied but it shouldn’t be hard to find.

On the podcast subject, some months ago I highlighted the Scotch Whisky Association‘s first podcast. Since then there was a second one in January and you can find them both on https://anchor.fm/scotchwhiskyswa . There doesn’t seem to have been another one since then but if you follow the SWA activities they’ve been hugely busy in the last few months. Hopefully there will be another one from Graeme Littlejohn soon.

Till next month with all the tasting samples held over from this one – and, I hope, more info, happy dramming.