If you live in the UK, you may have read that Ivan Menezes, CEO of Diageo, has been given a knighthood in the new King‘s New Year Honours List. Doubtless deserved for successfully steering the supertanker that is Diageo but one which is of much more interest to me – not as 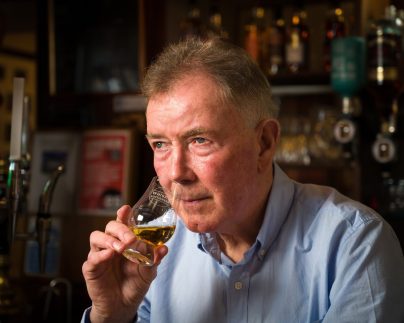 extensively reported in any Scottish media that I‘ve seen – is the MBE awarded to a certain Mr. James McEwan of Islay for services to the Scotch Whisky industry and Islay. I would imagine all of you will know whom I mean. I don‘t know who put him forward for the award but it‘s massively well deserved as James has given his working life  and a lot of family time (and time when most people would have retired) to the world of Scotch Whisky. For some of that time, though, two family members were able to work with him at Bruichladdich. Let‘s not forget gin either with his work on The Botanist. He‘s also taught distillers in other countries about gin and whisky production, notably in Australia where, in fairly recent times, he and an Aussie colleague launched a whisky they co-created, Cape Byron. 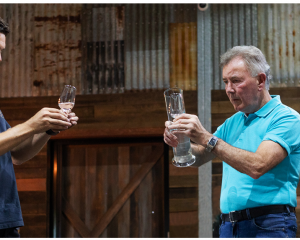 started at Morrison Bowmore and stayed for some 30 years or so, latterly representing the company as an ambassador worldwide, before moving round the island to Bruichladdich and being instrumental with Mark Reynier, Simon Coughlin and Duncan McGillivray in reawakening that distillery, travelling the world to promote it and, later, The Botanist. After retiring from there he went on to play a leading part in the design and creation of Ardnahoe Distillery on Islay for Hunter Laing whilst fitting in his Australian work. Back in the late 1990‘s he also came to my friend and soon to be business partner, Helen Arthur, the whisky writer and myself with the idea that there was no Scottish whisky tourism company in existence. He felt sure we could do that and so, in 1997, Scotland‘s first specialist whisky tourism company was founded by myself and Helen.

Some of James‘ activities are not mentioned in detail in the award announcement but for many years he has supported charities and clubs on Islay and made sure that the Bruichladdich bottling hall was set up in such a way as to enable people with disabilities to work there and be treated just as any other part of the team. Many congratulations are in order. 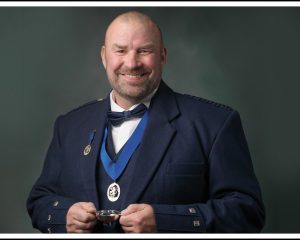 Later this month, Martin Markvardsen, excellent Brand Ambassador for Highland Park will be hosting what is billed as, „An intimate evening in Òran Mór’s Brasserie with Martin Markvardsen, Global Ambassador of Highland Park, featuring a three course meal with whisky pairing, and a fantastic insight into our national tipple.“ It‘s on 28th January and tickets are £65 per person. Should be a good night so, if you live in/near Glasgow and are free that night, do go along and support Martin. I‘d book quickly as it‘s bound to be popular. Book by phone on 0141 357 6214 or e-mail info@oran-mor.co.uk . 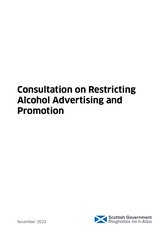 Read very late last year of a possible Scottish Government initiative to ban alcoholic drinks advertising and promotion to try and cut down on alcohol abuse. The consultation paper, “Consultation on Restricting Alcohol Advertising and Promotion”, was published mid-November 2022 and has recently been commented on by the Scotch Whisky Association and others on the damage it could do to one of Scotland‘s biggest industries and tourist draws if it can‘t even be advertised in its home territory. That was my first thought too. Talk about biting the hand that feeds…There‘s even a demented statement that alcoholic drinks, were it not for branding and marketing, are „essentially variations of the same thing“. Is there no end to these people‘s woeful ignorance? They obviously don‘t understand business, never mind marketing or even have any basic knowledge of probably the country‘s most prestigious product. Seems to be an absence of pride and more an air of disapproval. As someone who has been involved in whisky marketing and whisky tourism for many years, I am spitting with rage. Anyone with even a modicum of knowledge would recognise that each whisky is different one from another or there wouldn‘t be the major spends on branding and marketing to highlight those differences to consumers. It‘s not just whisky‘s contribution to the economy and number of jobs it supports in rural areas – and beyond – that are important but the prestige it brings to the country. Much damage could be done to its reputation by such mind-numbingly daft utterances from our own government. It‘s even more daft than their ill-thought out intention to rush in a deposit return scheme for drinks containers. I liked a tweet from Caroline James of The Vintage Malt Whisky Company, „Imagine if the French government decided that Champagne was so damaging to its population’s health that it banned its promotion. What would that do to the global image of one of the world’s most prestigious drinks? Now substitute the word ‘Whisky’ for Champagne…“. The French would take to the streets in protest! Now, there are restrictions in France and elsewhere in relation to alcohol promotion and sport. That’s fair enough and maybe it shouldn’t be on items worn or used by children, nor glamourised but I don’t see any ads that glamourise drinking alcohol (another of the comments in thie government paper) in the UK. There are better ways of dealing with alcohol consumption/abuse issues. Indeed, Ireland is looking at harder-hitting warnings on alcohol labels as one solution and certain wine producing companies are already up in arms about it. Social and health education is another route. The report is a consultation document at present with the public invited to make their views known by 9th March. If you live in Scotland and share the views of the SWA, whisky companies and others, I would urge you to make your comments on the government website via https://consult.gov.scot/alcohol-policy/alcohol-advertising-and-promotion/ or by writing to your MSP (and even your UK government MP) as soon as possible.

Read an article recently in The Drinks Business entitled „Are NFTs the Future of the Premium Drinks Market?“ (https://www.thedrinksbusiness.com/2023/01/are-nfts-the-future-of-the-premium-drinks-market/ ). My immediate reaction was to say no and stick with that view even after reading the piece. Seems to me it‘s creating a solution to a problem that may not actually have existed until some of the people offering the service said it was a problem, but I‘m prepared to be wrong. I‘d be interested in the views of others and why so if you have an opinion, do let me know through this website. Meanwhile, in its sister online news feed, The Spirits Business, one of the potential trends they have highlighted for this year is the possibility that whisky producers will turn to „alternative flavour routes“, claiming that peat is becoming increasingly unsustainable as a flavour source. They cite Glenmorangie using pine and juniper for kilning and some of our Scandinavian friends using heather and wood smoke. Indeed, Scotch Whisky companies are looking at peat usage and how to manage it better as part of decarbonisation efforts but I think we have a way to go yet before brands which are known for their peat usage give up on it completely, if ever. Their consumers have certain taste expectations. I‘m all for the experimentation on two fronts, though, to find something that may impart the same characteristics and also give us exciting new ones. An area to watch with interest. I do recall Barry McAffer, Laphroaig‘s manager, mentioning, when I interviewed him last year, the parent company‘s plans for decarbonisation and peat management opportunities and others are doing similar. 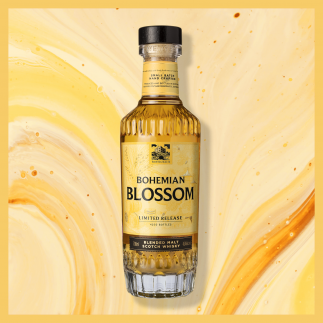 Despite everyone rushing throughout autumn to have new expressions available in time for Christmas, I‘m delighted to report that Wemyss Malts decided to avoid the fray and go for more standout. They‘ve just launched Bohemian Blossom, a limited edition which they describe as,

A sweet blended malt whisky with lively floral notes and a touch of spice, this exclusive Limited Release of only 4,200 bottles is a sumptuous blended Scotch malt whisky designed to be savoured and enjoyed.

Nose: A bouquet of orange blossom and wild geranium.

Finish: Complex spices with a whisper of dry wood smoke.

No sample supplied but it‘s a tempting description though I‘m not keen on the scent of garden geraniums. Not sure if I‘ve ever encountered a wild one so I must seek some out to satisfy curiosity. If you‘re interested and in the UK, it will cost you £50/bottle from their website or 57 euros if you‘re in Europe, plus packing and shipping for your location, of course.

resurrected. The original distillery was opened in 1956 and closed in 2000. It was known for its use of sherry casks for maturation and has been much sought after. So much so that a bottle of an aged and very valuable expression was stolen, seemingly expressly targeted, from La Maison du Whisky in Paris a few years ago. We are told, „The partnership commitment will see independent bottler and Japanese whisky specialist dekantā and the new Karuizawa distillery in Japan working together for the foreseeable future, resulting in a combination of official distillery bottlings and independent releases, alongside innovative Japanese whisky events and experiences, all with the intention of reviving the former prominence of this world renowned whisky brand. The deal is also expected to result in private cask sales, an area of the industry which has largely been a closed door to international consumers up until this point.“ Further, „The distillery is due to open and begin producing liquid from late 2022. Continuing the legacy of this historically-significant brand [not sure why that‘s hyphenated], the Karuizawa Whisky Company has hired world-renowned Master Distillers Osami Uchibori and Yoshiyuki Nakazato, who were distillers of the original Karuizawa Whisky. The new distillery is being built in the heart of the peaceful mountain resort of Karuizawa, though it will not operate on the same site as the closed distillery of the same name.“  I like the continuity of having the previous distillers involved and must find out if the water source will be the same as that will play a part in the future character. The stills are not the same as previously and the barley is a mix from several countries, including Japan which will, in future, provide more of the mix from seed planted on adjacent land. The whisky will not be released until it is 10 years old. I‘ve asked more questions and await answers.

Lastly, if all goes to plan, my next column at end of this month will be an interview with Alasdair Day of R& B Distillers. I interviewed him some years ago and he has lots more to talk about since that last time.

Till then keep discovering and enjoying whiskies new to you and your customers in 2023.